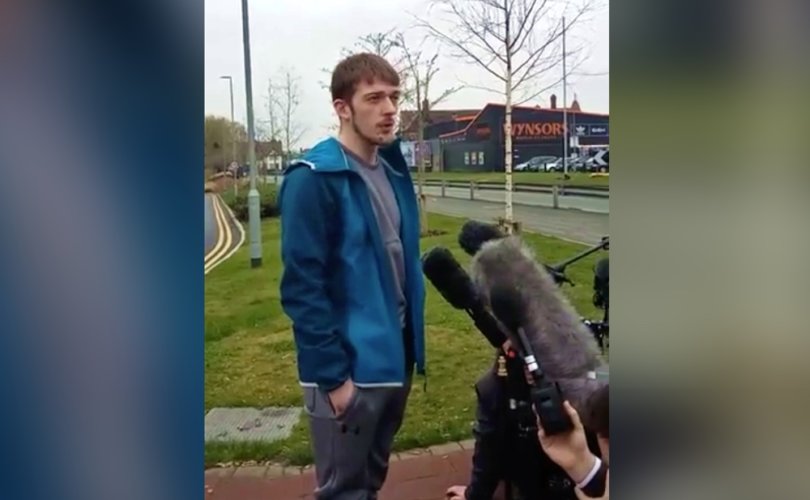 The dad's comments come as a reaction to negative commentary from some social media users who say parents should simply let doctors remove Alfie from life support. Some say that the baby would never have a “reasonable quality of life.”

Alfie's dad reiterated that they would do everything in their power to keep their son alive.

“We’ve got the freedom to move about the country. We’ve got the right to leave the country,” he continued, referencing the fact that he has a plane standing by to take his son to Rome’s Bambino Gesu Paediatric Hospital, which has offered to take him in and “do more than what Alder Hey wanted to do for my son.” He added that he also has a physician standing by fully qualified to administer care to Alfie during the trip.

We are children of God, and that’s simple,” Evans declared. “No doctor is God, no doctor can play God.” He vowed to “fight until Alfie dies on his own.”

Evans also accused the judge presiding over the case of misrepresenting his son’s condition when he claimed Wednesday that “Alfie’s brain had been so corrupted by mitochondrial disease that his life was futile.”

“Justice Hayden made a false claim that he’s got mitochondrial,” Evans said. “If he read the evidence, and if he read it properly, he would see that was no mitochondrial fault, he’s got no diagnosis.”

“What’s harmful more,” Evans asked, “having a tube pulled out of him…when he’s sedated to the maximum where he can’t breathe even if he had the potential to breathe, or trying your best to take him to another hospital to be treated, to be diagnosed, to then see if we can try other treatments?”

“Where is the harm in taking him to another hospital that wants him to live?” he went on.

Later in the press conference, Evans alleged that Alder Hey was guilty of other forms of “abuse and neglect” against his son. He said a doctor adjusted Alfie’s drugs without consent, and that last night he received video of a nurse falling asleep next to the boy.