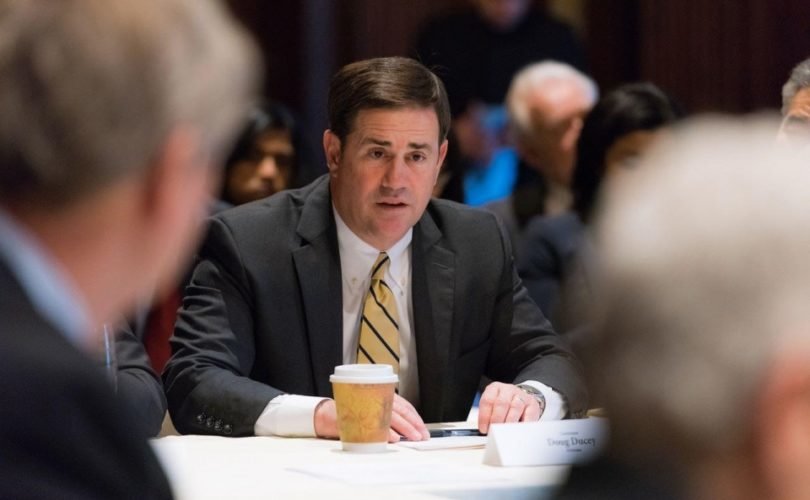 PHOENIX, November 3, 2015 (LifeSiteNews) – When it comes to Planned Parenthood, Arizona state employees can no longer say, “I gave at the office.”

For the first time in 30 years, state bureaucrats cannot direct that part of their paychecks go to the nation's largest abortion provider, according to the Phoenix New Times.

“The SECC Executive Policy Committee (EPC) determined Planned Parenthood of Arizona is not the best fit with the mission or standards of the campaign. Therefore, the EPC exercised its discretion to exclude the charitable organization to maintain the SECC core mission of supporting state employees' charitable giving while minimizing workplace interruptions,” wrote SECC Executive Director Linda Stiles.

Annet Ruiter, PPAZ's vice president of external affairs, told the paper that PPAZ missed its deadline to appeal the decision and says that she found out about the exclusion only after state employees said they could not find the group on SECC's list of approved recipients.

The Alliance Defending Freedom, which is based in Arizona, is on the list.

Ruiter said that it did not receive an e-mail from SECC informing it that the abortion provider had been removed from its list of approved charities, which state officials say was sent in September. It gave PPAZ 10 days to appeal.

“It seems [they did so] for no other reason than that they don’t like us, [and now] we have no legal recourse,” Ruiter told the Times.

Gov. Ducey's spokesman, Daniel Scarpinato, said that the governor approved the decision by SECC members, many of whom Ducey appointed, and that Arizona should not be funding such “a controversial organization.”

State employees donated $7,250 to PPAZ in 2014, according to the Associated Press.