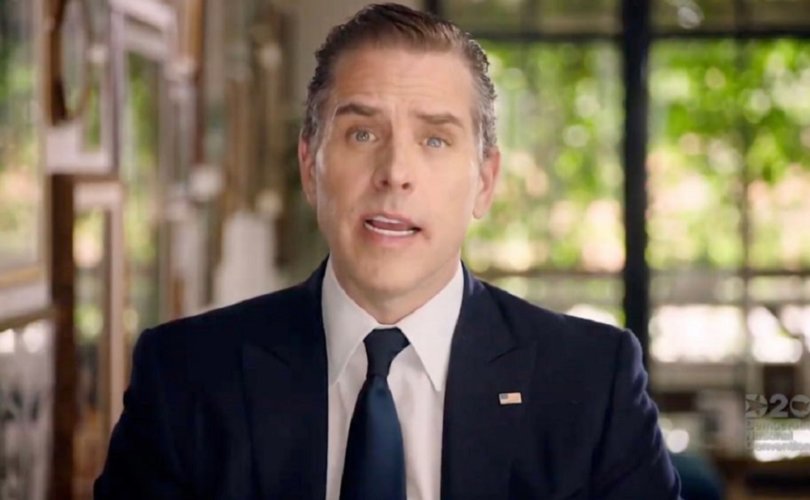 October 26, 2020 (LifeSiteNews) – New audio of Democratic presidential candidate Joe Biden’s son Hunter Biden has emerged, in which the younger Biden appears to confirm some degree of relationship between himself and a disgraced Chinese businessman he describes as the “spy chief of China.”

The audio, released by The National Pulse, consists of Hunter apparently venting about unwanted scrutiny coming his way from numerous sources, among them a New York Times reporter “calling about my representation of Patrick Ho — the f***ing spy chief of China who started the company that my partner, who is worth $323 billion, founded and is now missing. The richest man in the world is missing who was my partner. He was missing since I last saw him in his $58 million apartment inside a $4 billion deal to build the f***ing largest f***ing LNG port in the world.”

“I have a NYT reporter calling about my representation of Patrick Ho – the f***ing spy chief of #China who started the company that my partner, who is worth $323B, founded…”@RaheemKassam #SteveBannon #WarRoomPandemic pic.twitter.com/dYflqud5nV

Ho is the former Hong Kong Secretary for Home Affairs who went on to become a lobbyist and eventually vice-chairman of CEFC China Energy Co., and was later arrested and convicted of bribery and money laundering charges in the United States.

CEFC is the firm which, according to recently-unearthed emails, agreed to pay Hunter $30 million over three years to arrange meetings with the former Vice President of the United States. The missing business partner Hunter references is Ye Jianming, who disappeared in 2018 after being charged with bribing foreign government officials.

The audio further corroborates the authenticity of the laptop and its contents, first revealed earlier this month, which appear to detail how the Biden family made millions of dollars via Biden’s office.

Last week, retired Navy lieutenant and former Hunter business partner Tony Bobulinski publicly announced that the email exchanges he was a part of are authentic, and that the elder Biden was aware of his son’s activities. With Joe Biden days away from either winning or losing his bid to unseat President Donald Trump, both traditional and social media have worked hard to suppress the story.