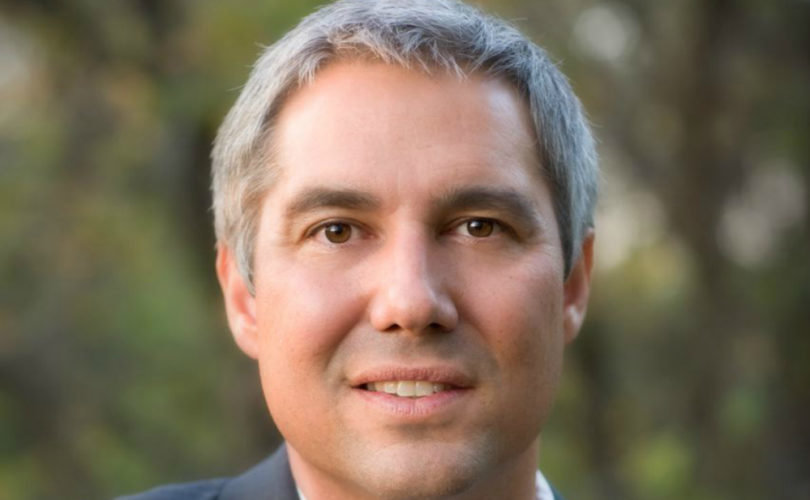 MELBOURNE, October 2, 2015 (LifeSiteNews) — American pro-life activist Troy Newman, one of the pro-life leaders behind the recent series of undercover videos exposing Planned Parenthood, has been ordered by the Australian Hight Court to immediately leave the country after ruling that the Ministry of Immigration was justified in withdrawing his visa.

Newman, a prominent U.S. pro-life leader who is the president of the organization Operation Rescue, was already en route to the country earlier this week, accompanied by his wife, when he found that his entrance visa had been revoked due to a smear campaign by pro-abortion activists in Australia. He was traveling to give a speaking tour with Right to Life Australia.

“It is a sad day when downright lies and twisted words triumphs over truth, but that is exactly what happened today,” said Cheryl Sullenger, Senior Policy Advisor for Operation Rescue, in a press release.

The court has also ruled that Newman must pay court costs associated with his case.

It was only at a stopover in Denver while en route to Los Angeles that Newman learned from the airline that his visa had been revoked. Airport officials told him he was not allowed to continue his journey in the U.S. to Los Angeles on the authority of the Australian government.

Despite this, Newman eventually reached Los Angeles where he managed to get on the plane for Melbourne with his already printed boarding pass. Airline staff did not check his visa papers at that time.

The airline he traveled with is now facing a fine for allowing a passenger without a valid visa to travel to Australia. Newman arrived in Melbourne knowing his visa had been revoked. He hoped the Australian government would see that his reputation had been unjustly attacked and that it would admit to making a mistake in revoking his visa.

His bid proved unsuccessful. When Newman reached Melbourne, he found himself detained in an airport security facility where he was not allowed to communicate with his attorney or his wife. He was later moved to a military base where he was incarcerated in solitary confinement. Newman’s attorneys filed an appeal of his visa cancellation.

While in prison, Newman managed to pen a two-page hand-written note that he slipped to his wife when he made his appearance in court. She photographed it and uploaded it to social media.

“Dear Friends, I’m being held as a political prisoner in Melbourne, AU by Minister Peter Dutton. My visa was revoked as I was in the air. I was scheduled to speak on a national tour on the issue of life,” the letter stated.

“My 1st charge is I believe ‘abortion is a savage act of violence.’ Also, they know I’m associated w/CMP [the undercover Planned Parenthood investigator Center for Medical Progress]. They feel that if I speak on that issue I will have an ‘adverse’ public reaction. My words are bad for the ‘public order.’”

The High Court heard Newman’s appeal October 2, but to no avail.

Mary Collier, of Australia Right to Life, made the following statement after Newman’s hearing:

“The judge accepted there was a serious question to be tried about whether the decision to cancel Troy’s visa was valid, having regard for the implied freedom of political communication. However, the judge found that the balance of convenience did not favor the grant of interlocutory injunction to prevent his removal from Australia while that serious question is tried. On this basis, the application for an interlocutory injunction was refused. Any final determination of the matter will occur at some later date.”

Troy and his wife are now scheduled to return home to the U.S. on an early morning flight out of Melbourne. Until this happens, Newman remains incarcerated.