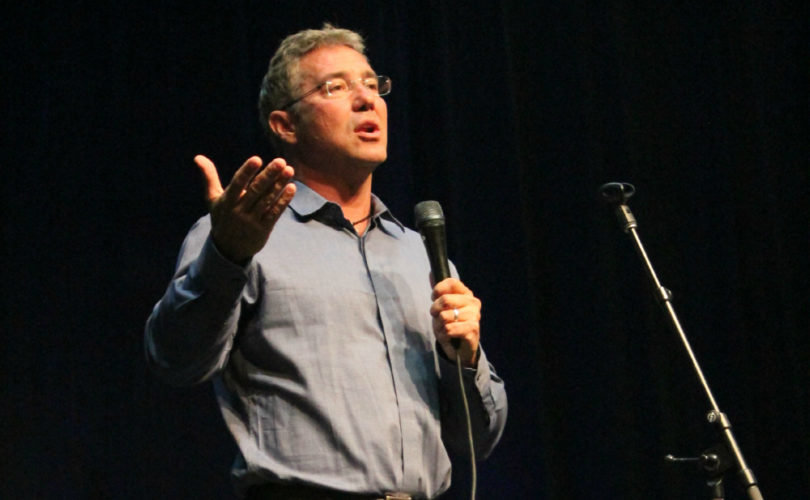 MELBOURNE, September 29, 2015 (LifeSiteNews) — A last-minute smear campaign laden with “blatantly false” claims by Australian pro-abortion groups and politicians has led the government to revoke American pro-life activist Troy Newman’s visa as he was en route there for a week-long, four-city tour speaking tour.

Mr. Newman, texted and asked to confirm his visa revocation, responded, “Yes. Working on it. Landed in Denver.”

According to his host, Australia Right to Life, various pro-abortion women associated with Emily’s List Australia led the charge against Newman.  For example, in urging Immigration Minister Peter Dutton to cancel Mr. Newman's visa, Labor MP Terri Butler claimed, “Mr Newman argues that medical professionals who participate in terminations should be executed, and compares women who seek terminations to murderers. I am very concerned that his presence in Australia will incite some to harass and intimidate women accessing reproductive services and those professionals offering them at medical clinics.”

Sullenger told LifeSiteNews that the claim was “blatantly false.” She and Newman had written a book with Father Frank Pavone, Their Blood Cries Out, citing Biblical passages on murder including, from Genesis 9:6, “Whoever sheds man's blood, by man shall his blood be shed.” But she added, “We stated several times we didn’t advocate violence.” Indeed, “We don’t even advocate civil disobedience.”

Before Newman took over Operation Rescue, it was famous for staging sit-ins and for mass arrests of pro-life activists. “But we never closed an abortion clinic for more than a few hours,” said Sullenger.  “Now we use the law and we have closed dozens by ourselves. As for the whole pro-life movement, using the law, we have seen total number of clinics in the U.S. drop from 2,200 in 1991 to 545.”

Sullenger said it saddened her “to think Australians might not get to hear him. We Americans cherish our First Amendment right to free speech and believe that if you disagree with someone you should be free to say so, not try to shut him down. I can’t imagine Australians feel any differently.”