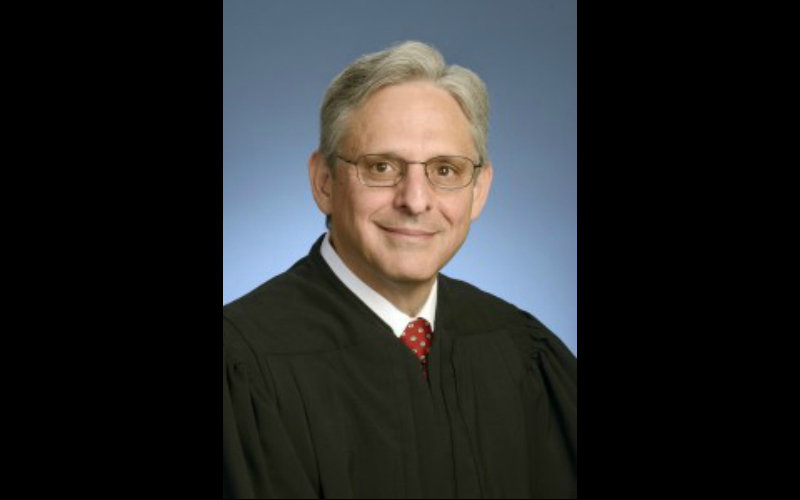 Garland, a 63-year-old Harvard Law School graduate, is the chief judge on the D.C. Circuit Court of Appeals, based in Washington, D.C.

President Obama asked Republicans, who control the U.S. Senate, to give Judge Garland “a fair hearing and then an up-or-down vote.” Failure to do so, he said, would represent an “abdication” of their duty and rend America's political fabric “beyond repair.”

He also warned it would unleash an “endless cycle of tit-for-tat” undermining “faith in our judicial system” itself.

A teary-eyed Judge Garland graciously accepted the nomination, acknowledging his wife and daughter and invoking his grandparents' decision to flee the Pale of Settlement to make a better life for their descendants in America.

He has never ruled or commented on abortion, sources tell LifeSiteNews.

Nor did he take part in the D.C. Circuit's 2-1 ruling striking down a section of the Defense of Marriage Act (DOMA) as unconstitutional, a decision ratified by the Supreme Court in United States v. Windsor.

President Bill Clinton named Garland to that court in 1995, and the Senate approved the appointment in 1997. Senators Mitch McConnell and Chuck Grassley voted against Garland's confirmation at that time.

Garland previously served for three years as Principal Associate Deputy U.S. Attorney General in the Clinton administration, working alongside Janet Reno. He was one of the primary investigators of the Oklahoma City bombing and deeply involved in investigating the bombing at the 1996 Olympics in Atlanta.

In the late 1970s, Garland clerked for former Supreme Court Justice William Brennan, who has been described as “the driving force behind the writing of Roe v. Wade,” the 1973 decision that struck down pro-life laws across the nation and enshrined abortion as an inalienable constitutional right.

While widely regarded as a “centrist” in judicial terms, his record is far removed from that of Justice Antonin Scalia, who believed the original intent of the Founding Fathers should determine all jurisprudence.

Pro-life groups from the Susan B. Anthony List to Concerned women for America to Heritage Action have rejected the nomination, asking Republican senators to stand firm against holding any nomination hearings.

President Obama placed Garland on his “short list” for the Supreme Court once before, when he replaced liberal Justice John Paul Stevens in 2010. At the time, it was left-wing activists who opposed Judge Garland as insufficiently outspoken on abortion.

The judge's record indicates that he may have doubts that the Second Amendment's right to keep and bear arms applies to individuals, as the Heller case made its way through the D.C. Circuit. He also has largely ruled in favor or environmental regulation.

But Senator Orrin Hatch suggested Garland as a possible consensus nomination and “a fine man” just weeks ago, a fact the president noted in his introduction this morning.

Since Justice Scalia's death, Republican senators have maintained that they will not move forward with any nomination Barack Obama may make to the Supreme Court, regardless of his ideological orientation, because voters deserve to weigh in on the nomination in the 2016 presidential election.

What will happen if Justice Scalia is not replaced this year?