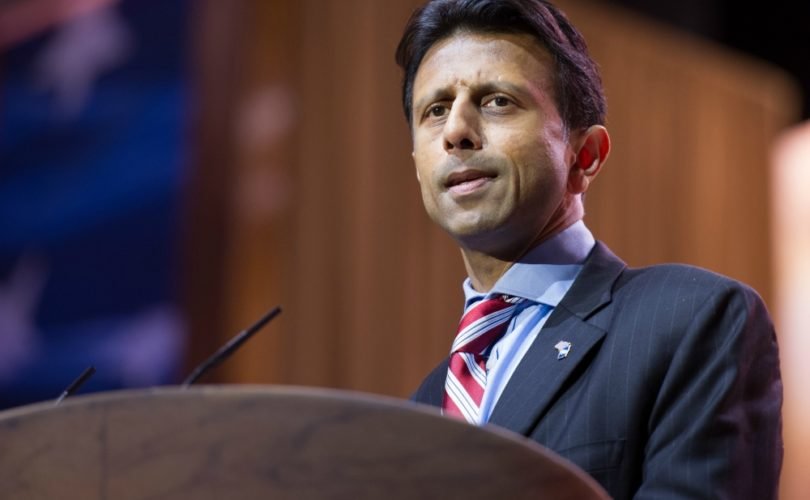 BATON ROUGE, LA, August 20, 2015 (LifeSiteNews) — Louisiana governor and GOP presidential candidate Bobby Jindal will counter pro-Planned Parenthood protests today with a protest of his own — in the form of a continuous video loop of the seven undercover videos showing illegal abortions and fetal harvesting by Planned Parenthood clinics.

The videos, some of which include graphic footage of abortion workers sorting through the dismembered arms, legs and other body parts of aborted babies as old as 20-weeks gestation, will show on an outdoor movie theater outside the Louisiana governor's mansion.

The pro-Planned Parenthood protest is set to take place at 4:30 CT. The screening of the videos will happen at the same time.

Jindal, who was one of the first governors to pull funding of the abortion giant, said in a statement earlier today that, “Planned Parenthood has a right to protest…but Governor Jindal’s office will ensure that anyone who shows up will have to witness first-hand the offensive actions of the organization they are supporting.”

“We hope the protesters will take a minute to watch them so they'll have an opportunity to see first-hand our concerns with Planned Parenthood’s practices,” the statement said.

There are seven videos in the series so far, with at least five more to go.