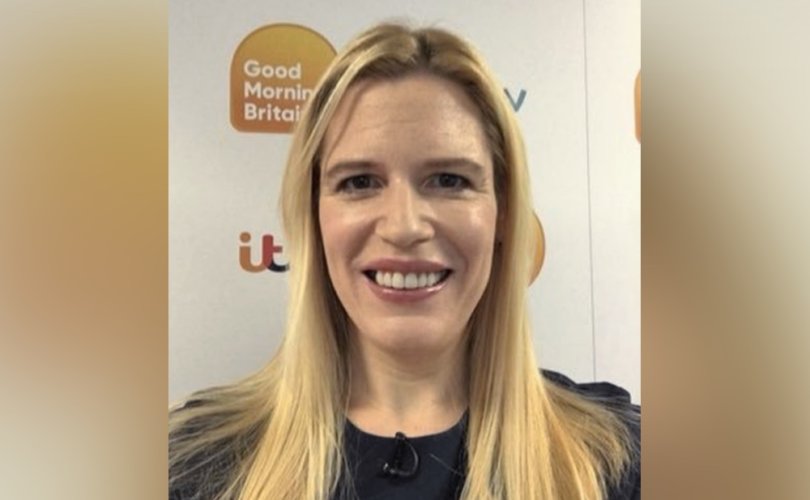 LONDON, England, November 19, 2019 (LifeSiteNews) ― The UK director of an international pro-life organization was refused entry to the United States today.

Caroline Farrow, a British Catholic apologist and mother of five, was not permitted to board her flight for Orlando this afternoon, even though her travel to the USA had initially been approved by the Electronic System for Travel Authorisation (ESTA). Farrow is a frequent guest on British media and is the UK Director for CitizenGO.

“Your ESTA has been denied,” Farrow told LifeSiteNews an airline representative told her at the desk, but could not tell her why.

“I’ve never been arrested,” Farrow said. “I’ve never even been interviewed [by police]. I don’t have a criminal record.”

“Somebody has obviously gone to the U.S. Embassy. How vindictive is that?”

Farrow was going to Orlando to hand-deliver to Disney World a CitizenGO petition with almost half a million signatures. Afterwards she was to attend the Foundation for Applied Conservative Leadership conference in Kissimmee. She had a return ticket for November 24.

Farrow has been the victim of harassment by online transgender activists for months because she has publicly voiced her concerns for children who are given hormones and surgery in attempts to make them look like members of the opposite sex. Activists for the transgender cause have fraudulently sent food delivery orders to her home, doxxed her and her family, and even published photographs of her children’s school. Now it looks as if they may have made false accusations to the U.S. Embassy in London.

One of Farrow’s critics, Dr. Adrian Harrop, is currently hinting on Twitter that he is responsible for having CitizenGO’s director barred from the U.S.

“An absolutely spectacular building… and one of London’s great modern embassies… but honestly, I always did prefer the retro and kitsch qualities of Grosvenor Square… as always, consular staff very efficient at dealing with my… important diplomatic business,” he wrote this afternoon.

Harrop, who does not consider himself transgender, has made complaints concerning other women fighting for their rights in the face of men’s attempts to redefine the definition of women. In 2018, he got a billboard company to take down a poster defining woman as “a human adult female” and accused campaigner Posie Parker on British television of hate speech. During their debate, Parker told Harrop that he was a misogynist.

“You attack, intimidate, and harass women on Twitter all the time,” she told him.

Farrow identified another Twitter user, who made reference today to apparently barring Farrow from the U.S., as a member of the group that has been harassing her. Peter Ede, who uses the Twitter account @visible_roots, tweeted, “Ooooh this cold weather is getting me down. Anyone know somewhere warm/sunny this time of year? Is Florida nice?” and added a weather forecast for Orlando.

“It mustn’t be anywhere that being linked to a psycho right-wing extremist organisation will deny you entry to. Because people can make representations about such things. Apparently,” he continued.

Ede soon after added a link to a video about British holidaymakers going to Orlando. Apparently obsessed with Farrow, Ede’s Twitter address is a reference to the mother-of-five’s hair.

Earlier this week, another of Farrow’s harassers tweeted that she would soon get a surprise.

LifeSiteNews has contacted the U.S. Embassy in London, the U.S. State Department, and the office of Florida Gov. Ron DeSantis and is waiting for responses regarding the Farrow case. U.S. Secretary of State Mike Pompeo has been a friend to the pro-life, pro-family movement.

Farrow told LifeSiteNews that the constant harassment by LGBT activists has had a strong impact on her life.

“I’m living in fear,” she said. “I can’t go about my daily business. I’m being treated for anxiety.”

Harry Miller of Fair Cop, an organization devoted to ensuring that British police respect free speech, told LifeSiteNews that Farrow’s travel ban was “absolutely shocking.” He, too, believes that she was barred from the U.S. because one or more of a group of ideologues contacted the U.S. Embassy in London.

“There are activists who do not like Caroline and anyone else who stands against transgender ideology,” he said.

Miller said that the activists have made their intent to disrupt Farrow’s travel plans quite plain on Twitter, which is why he believes they may have contacted the U.S. Embassy with stories about Farrow.

“They’re hiding there in the open, and that’s exactly what they do,” he said. “They really believe that they’re on a mission, and any dissenting voice needs to be shut down.”

Miller, who is a former policeman, is concerned that police investigating supposed “hate incidents”― like saying one does not believe a man can become a woman ― will one day happen in America as it does in the UK.

“What happens here, will happen there,” he said.