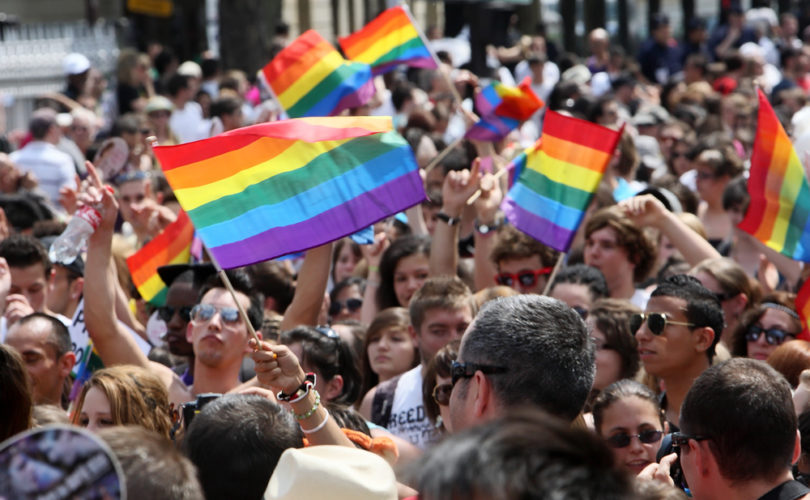 The measure adds “[a]dvertising, offering to engage in, or engaging in sexual orientation change efforts with an individual” to the state’s list of illegal “unfair methods of competition and unfair or deceptive acts or practices undertaken by any person in a transaction intended to result or that results in the sale or lease of goods or services to any consumer.”

“Sexual orientation change efforts” are defined as “any practices that seek to change an individual’s sexual orientation.” Other states have enacted narrower bans on “conversion therapy,” also known as reparative therapy, for minors, but CBS Sacramento that California’s is the first in the nation that would also prevent adults from voluntarily obtaining the treatment.

“The State of California has no right to deny its residents the resources to help them find happiness or to shut down counselors, schools, and religious organizations that provide those services,” California Family Council president Jonathan Keller said of the vote. “Every person experiencing unwanted same-sex attraction or gender dysphoria must be allowed to pursue help in achieving their desired goals and outcomes.”

The bill is unprecedented for another reason, too: by classifying the subject under prohibited “goods,” which critics say means it would go so far as to ban the sale of books endorsing the practice, as well as other forms of constitutionally-protected speech.

The Associated Press notes that some lawmakers questioned Democratic Assemblyman Evan Low, who introduced the bill, as to its implications. Low claimed that preaching and other forms of speech would be safe; only advertising or selling conversion therapy would be illegal.

“This is a bill that would be overturned by a higher court on the grounds of the First Amendment,” Republican Assemblyman Matthew Harper said, unconvinced.

The United States Constitution expressly forbids laws “abridging the freedom of speech” or “prohibiting the free exercise” of “religion. The California Constitution declares that “[e]very person may freely speak, write and publish his or her sentiments on all subjects,” and that “[f]ree exercise and enjoyment of religion without discrimination or preference are guaranteed.”

The bill now moves on to the state Senate for consideration. If the Senate passes it, Democratic Gov. Jerry Brown is expected to sign it into law.