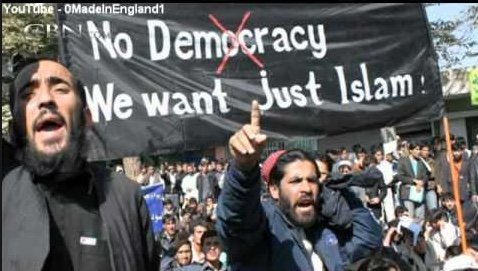 OTTAWA, March 23, 2017 (LifeSiteNews) — With the strong backing of Justin Trudeau's Liberal government, Canada's Parliament passed a motion this afternoon 201 to 91 that critics say singles out Islam for special protection.

As was expected, the motion was passed along party lines, with the Liberals and New Democrats supporting it, while the majority of Conservatives opposed it. Two Conservative MPs who supported the measure were PC party-leader candidate Michael Chong (Wellington—Halton Hills) and Bruce Stanton (Simcoe North).

Tabled by Muslim liberal MP Iqra Khalid, M-103 urges the federal government to “condemn Islamophobia” and to “develop a whole-of-government approach to reducing or eliminating systemic racism and religious discrimination including Islamophobia.”

The term “Islamophobia” is nowhere defined in the motion.

MPs passed the bill despite a new Angus Reid poll showing that 71 percent of Canadians would not have voted for the measure.

The vote of each MP was formally recorded after about 20 Conservative MPs (the required number was at least five) stood in the House of Commons on Tuesday to demand accountability. Motions are usually determined by which side has the loudest vocal “yes” or “no” response.

While the motion does not change existing laws or create new ones, it empowers a committee to study the issue of “eliminating…Islamophobia” and the federal government to collect data on Islamic ‘hate crimes’ for further study.

A Conservative alternative to the motion that condemned racism and discrimination against Muslims, Jews, Christians, and other religious groups — without including the word “Islamophobia” — was defeated by the Liberals in February. Liberals argued at that time that the Tories were simply trying to “water down” the very purpose of M-103, reported Huffington Post.

A number of Conservatives running for the the party's leadership have been outspoken about the problems they see in M-103.

Brad Trost said he could not support the motion because it “will only serve to strengthen extremist elements within the Muslim community itself that seek to preserve and promote their own form of hate and intolerance.” He added that any “serious plan to combat religious discrimination in Canada should include all faith groups, including Christians and Jews.”

Pierre Lemieux said that Canadians should be wary of the language in the motion.

“Do you have a valid concern about Islam? Do you disagree with Sharia Law? Uneasy about radical Islamic terrorism? The Liberals may very well classify you as Islamophobic,” he wrote in an email to supporters.

Lemieux, who called on supporters to pressure MPs to force a recorded vote on M-103, called it a “great day for accountability and for freedom of speech in Canada” when almost two dozen MPs stood up on Tuesday to demand such accountability.

Leadership contender Andrew Scheer also added his voice of opposition to the motion shortly before the vote, saying that it “could be interpreted as a step towards stifling free speech and legitimate criticism” of Islam.

“M-103 is not inclusive. It singles out just one faith. I believe that all religions deserve the same level of respect and protection,” he wrote in an email to supporters.

“I will be voting against it because I believe in Freedom of Speech,” he wrote.

Michael Chong is the only PC candidate who publicly committed to voting in favor of the motion.

Critics say that the motion will have the effect of chilling free speech across the country, especially from those criticizing the radical elements of Islam that lead to terrorism in the name of “Jihad,” Holy War.

Columnist Lorne Gunter wrote in Edmonton Sun: “While purporting to oppose all forms of religious discrimination, the only form specifically mentioned is Islamophobia. And no definition of Islamophobia is given, leaving the door wide open to the broadest possible interpretations – including public statements condemning radical Islamic terrorism and even academic papers questioning whether Islam truly is a religion of peace.”

Montreal physician Sherif Emil wrote in a March 22 column in the Montreal Gazette that “Canadians, regardless of their political affiliation, should stand firmly against the motion.”

“We are living in an age where depraved terrorist armies, who cite a unifying explanation for their actions in Islamic texts and doctrine, occupy large swaths of entire nations. Even if we dismiss these hundreds of thousands of extremists, and instead examine mainstream Islamic societies, what do we find? We find nation after nation where apostasy is a crime punishable by death, indigenous minorities are robbed of equal citizenship and religious dissent is considered treason. A charge of Islamophobia is used to silence, marginalize and imprison the few liberal Muslim thinkers who are attempting to reform Islam from within,” he wrote.

“Fear of these existing realities and open discussion of their roots and implications is not irrational. If Canada joins this Islamophobia witch hunt, it will be complicit in the crimes committed in the name of preventing Islamophobia,” he added.

Some critics see the motion as the first step in making Canada into an Islamist-favoring nation where Shariah law is given priority over secular state laws.

A petition on CitizenGo asking MPs to stop the “restrictive ‘anti-blasphemy’” motion has been signed by 79,500 people.

“This motion will encourage legislation that would criminalize speech deemed ‘islamophobic’ and lay the groundwork for imposing what is essentially a Sharia anti-blasphemy law on all of Canada,” the petition states.

“If that happens, criticism of Islam would constitute a speech crime in Canada,” it states, adding that this “kind of content-based, viewpoint-discriminatory censorship is unacceptable in a Western liberal democracy.”