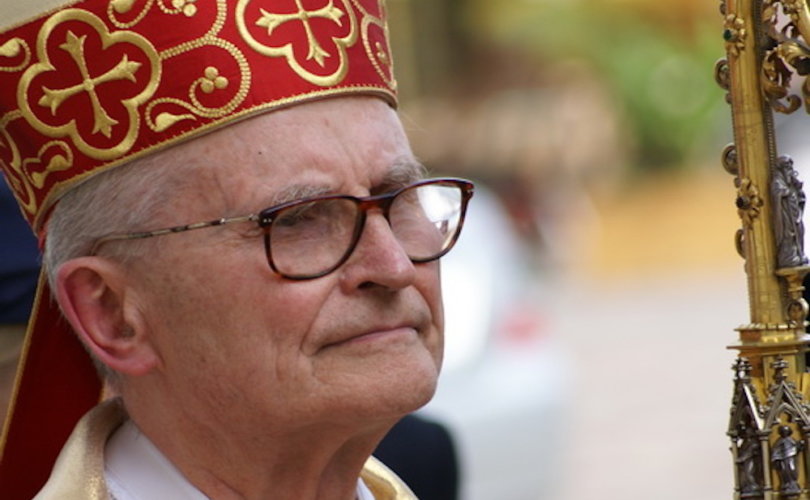 The addition of Cardinal Janis Pujats’ signature brings the number of signatories to six.

Earlier this week, Bishop Athanasius Schneider, auxiliary of Astana, Kazakhstan, Archbishop Tomash Peta, Metropolitan of Astana, and Archbishop Jan Pawel Lenga of Karaganda, Kazakhstan issued a “public and unequivocal profession of the truth” regarding the Church’s teaching on the indissolubility of marriage as a “service of charity in truth” to the Church of today and to the Pope.

The bishops state that such a reading is causing “rampant confusion,” will spread “a plague of divorce” in the Church, and is “alien” to the Church’s entire faith and Tradition.

The Latvian Cardinal’s adherence to the Profession comes after that of former U.S. nuncio Archbishop Carlo Maria Viganò, and Emeritus Archsbishop Luigi Negri of Ferrara-Comacchio in northern Italy.

Pujats attended the Theological Seminary in Riga, Latvia until it was closed by the Soviet Union in 1951. Two months later he was ordained in a secret ceremony by Archbishop Antonijs Springovičs. He was appointed Archbishop of Riga in 1991. On February 21, 1998 he was created a Cardinal by Pope John Paul II.  His cardinalate was made public at the consistory on February 21, 2001. Cardinal Pujats was one of the cardinal electors who participated in the 2005 conclave that elected Pope Benedict XVI. He speaks Russian, Polish, Lithuanian, German and Latin in addition to his native Latvian.