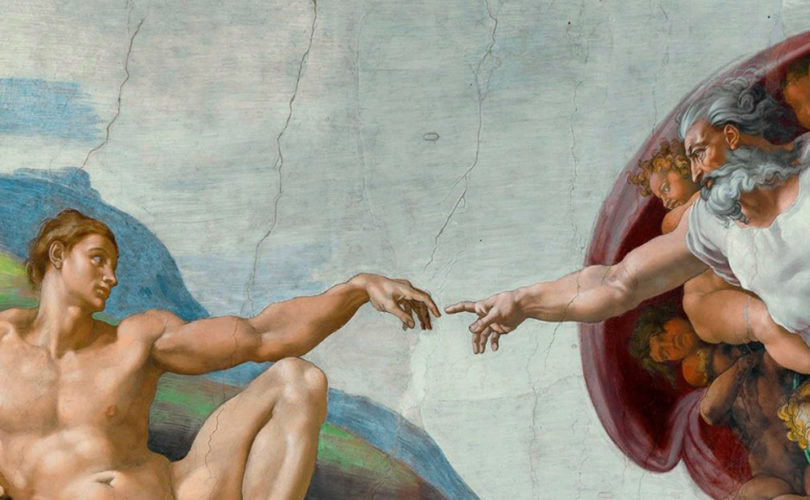 ROME, October 28, 2017 (LifeSiteNews) — Catholic academics have banded together to form a new laity-led Academy for Life after Pope Francis re-constituted the original Pontifical Academy for Life and brought in abortion supporters and a new mandate that included immigration and the environment.

Called the John Paul II Academy for Human Life and the Family (JAHLF), the new academy will serve the same goals as the original Pontifical Academy for Life, founded by Pope Saint John Paul II in 1994. This consists of the “interdisciplinary study and defense of human life in all its stages” and the “study of marriage and the human family.”

It is geared to be a lay non-governmental organization that will remain independent of civil and religious organizations. The Academy intends to offer the Church studies and explanations of the “most important anthropological and ethical truths about human life, human death, and about the family.”

News of the Academy was announced today at a conference in Rome commemorating the upcoming 50th anniversary of Humanae Vitae, the Church’s teaching on the immorality of contraceptive use.

Dr. Josef Seifert, the Academy’s first President, outlined in a speech the reasons the new Academy was founded. Seifert is an Austrian Catholic philosopher and close friend of the late Pope St. John Paul II. He was recently removed from a Catholic university in Spain by a local archbishop after publishing a critique of Pope Francis’ exhortation on marriage and family.

Seifert specifically stated that the new Academy would adhere to the “eternal truths” about human life and marriage discovered by reason and enlightened by faith, and would not give into the “false teachings” of the age.

“One hears these days many voices that claim that the actual situation of human society has so profoundly changed that many actions that have been called intrinsically evil or gravely sinful by Familiaris Consortio or Humanae Vitae can no longer be called so,” he told conference attendees.

“These voices pretend that the times of the old rigid moral rules are over, [that] we cannot claim anymore that adultery, homosexual relations, contraception, abortion or euthanasia are intrinsically wrong under all circumstances…Saint Pope John Paul II has condemned this view as a grave error and has defended anew forcefully the 2000 years old teaching of the Gospels and of the tradition of the Church, that there are many intrinsically bad acts such as contraception, abortion, or euthanasia,” he continued.

“Thus, against all social or historical pressures of the spirit of our time that wants us to water down or to deny entirely the truth that there are intrinsically evil acts, we in JAHLF never want to give in to such pressure and false teachings,” he added.

Seifert said that the academy would focus on changing people’s hearts and minds to accept eternal truth, not changing the truth to adapt to people.

“We know even more certainly that we must never compromise the truth by adapting our moral judgments to the ethical opinions dominant today, if these are false. Rather we should do everything in our power that a society that deviates most grievously from the eternal moral truth adapts itself to truth,” he said.

“For us, taking into account the change of social climate in which we live can only mean that we must seek new ways to make men understand and live the same old, nay eternal truths, that can never change. We must adapt people to the truth, not the truth to people,” he added.

Seifert said the main task of the Academy is to “reject the horrible evils and errors which shape modern society and have even entered the doors of the sanctuary of the Church by the clear exposition of, and by living, the truth about human life and the family.”

“This entails also calling abortion murder and not ‘interruption’ or ‘termination of pregnancy,’ abstaining from dishonest names that obscure the truth. Acting and speaking in this way, whether a member is a medical doctor, a philosopher, a psychiatrist, a journalist, or a priest, he or she will elevate himself or herself and their profession to that eminence and moral standard for which God has designed them. Our task, yes, is to speak the truth to a very changed society, but the truth remains exactly the same,” he said.

While the Academy welcomes theologians, priests, bishops, and Cardinals, it is also open to non-Catholics.

OnePeterFive is reporting the names of some of the new Academy's members, including: