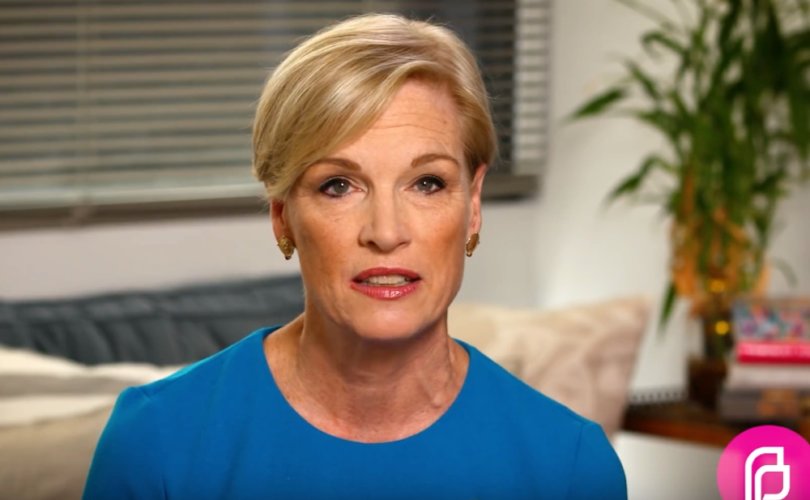 WASHINGTON DC, January 26, 2018 (LifeSiteNews) – Planned Parenthood’s Cecile Richards confirmed in a video announcement this morning that she is resigning as president from America's largest abortion chain this year.

“Today I am announcing I will be stepping down from my position as president of Planned Parenthood this year,” said a smiling Richards in the video.

Richards has given no indication what she intends to do after leaving her post as the head of America’s largest abortion provider. No replacement has even been hinted at.

“After 12 incredible years,” Richards said in an emailed statement, “the time has come for me to move on to my next chapter — and for new voices to take the lead at Planned Parenthood.”

She said working for Planned Parenthood “has been the greatest honor of my life.”

Richards has overseen America’s largest abortion vendor since 2006. Her salary continually increased as did her tenure. She currently rakes in nearly a million dollars a year overseeing the organization that commits over 300,000 abortions annually. An estimated 3.5 million babies have been aborted under her watch.

“Planned Parenthood has helped tens of millions take control of their health and their futures by providing birth control, pap smears, breast exams, STI testing and treatment, and safe, legal abortion,” Richards stated in the video.

Richards said America’s currently low rate of “unintended pregnancies” was due to “the life-changing and life-saving work of Planned Parenthood.”

“Planned Parenthood is swimming against the tide of history. Its public favor is on the wane as pro-life momentum is on the rise. Her successor is left with an impossible job: sell a scandal-laden, failing organization that, contradicting its name, provides pregnant women with prenatal care only 2.3 percent of the time,” she said.

“Over the last few years despite record income courtesy of U.S. taxpayers, Planned Parenthood’s non-abortion services are in decline, clients are abandoning them for comprehensive alternatives, and dozens of facilities have closed. They are facing federal investigation for their role in the harvest and sale of aborted babies’ body parts for profit. Under the pro-life Trump administration, their half billion dollars a year in taxpayer funding is no longer secure,” she added.

“As Planned Parenthood faces federal criminal investigation from the FBI and DOJ for selling aborted baby hearts, lungs, livers, and brains, Richards’ departure shows that the old strategy is no longer working – the secret is out that Planned Parenthood is a taxpayer-sponsored crime syndicate of industrial-scale child killing, and even Cecile Richards can no longer put a friendly spin on it,” David Daleiden of the Center for Medical Progress told LifeSiteNews.

Under Richards’ leadership, Planned Parenthood pushed the myth that the 300,000+ abortions her company commits every year are only three percent of its services. Live Action debunked that statistic in 2016.