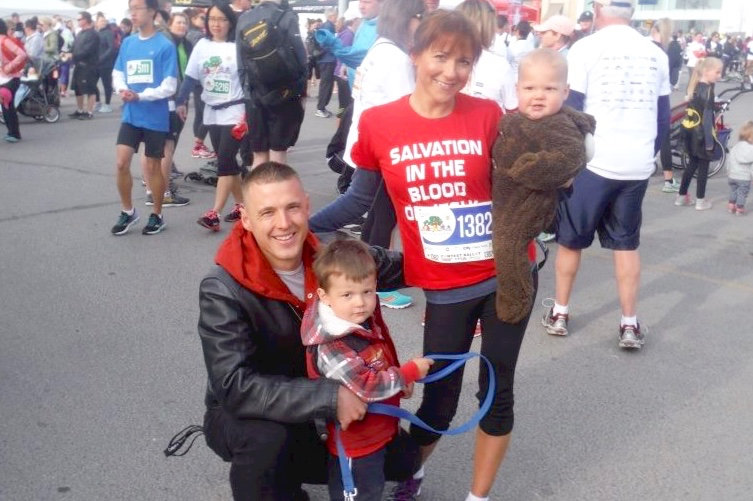 CALGARY, Alberta, September 11, 2015 (LifeSiteNews) — A Calgary bus driver who is a faithful Christian and married father of two children has been fired from his job after stating publicly last week that he would refuse to drive a city bus decked out by his employer to promote the city’s Gay ‘Pride’ festival.

“They called me in and read me a statement saying that I would no longer be working for them,” Jesse Rau, former Calgary Transit Authority employee, told LifeSiteNews in an exclusive interview.

Two weeks ago Calgary Transit unveiled a “Pride Bus” it had specially decorated with a rainbow paint job to promote the city’s Calgary Pride Festival. A large banner on the side of the bus states: “Ride with Pride” and provides the dates for the celebration of homosexuality, something that Christians believe is a deviation from God’s plan for human sexuality.

Rau came out publicly last week saying that he would refuse to drive the bus if it were put on his route since he wanted no part in promoting what he said was a “very radical sexual movement” that went against his Christian beliefs.

“As a Christian I believe in the Bible as being the Word of God, and it teaches that sexual immorality is sin. I don't want to have any part in promoting behaviors and lifestyles that put people in more trouble with God than they already are, and that create more brokenness and despair in their lives,” he said at that time.

Rau says Calgary Transit questioned him for 5 hours on Wednesday with what he called “very trapping questions.”

“They were trying to trip me. For 5 hours I played the game because I wanted to keep my job. But they had obviously already made their decision. And the next day (Thursday) around noon early in the morning, they fired me.”

He said the meeting felt more like an interrogation where he was asked questions unrelated to work duties, but rather relating to his personal beliefs and even the opinions of others who had commented on his Facebook wall.

At a meeting yesterday, Rau said he was accused by his employer of misleading the public into believing that he could be fired from his job for refusing to drive the ‘Pride bus’ and for posting what his employer called — according to Rau — “anti-fascist” pictures on his personal Facebook page.

“One picture was directed against the ‘rainbow flag’ movement, indicating how it had turned into a fascist movement, and they didn’t like that,” Rau said.

Rau said he was “shocked” at the reasons given for him being fired.

“None of their concerns related to my work. On the contrary, prior to this issue, I was told that, due to my good work performance, I was supervisor material. To go from awaiting promotion to facing joblessness simply for standing for my Christian faith in a supposedly free country is horrible,” he said.

Rau told LifeSiteNews that he has no chance of appealing the decision since he was nearing the end of a year-long probation period that he had not yet completed. But he is not wavering in his trust in God, he said, but is turning to God for strength to get through this time. He already sees God working through this difficult situation with a prophetic message for Canadians.

“I think this has become a very beautiful opportunity for Canadians to see just how this sexual ideological movement is pushing its views on people, and how Christians and others who have different views are now the victims. This movement is now taking measures that are offensive to almost everyone to force compliance with this movement,” he said.

Artur Pawlowski, Rau's pastor, told LifeSiteNews that what happened to Rau indicates how the homosexual movement brooks no dissent when it comes to differing views.

“Yesterday they were coming for the politicians, judges, and doctors, today they are coming for the bus drivers, clerks and bakers,” said Pawlowski who comes from Poland and runs Street Church in Calgary.

“Believe me, I grew up in a country (Poland) like ours has become, and I can tell you tomorrow the communists/fascists/dictators are coming for you. Will you let them?”

Christian bus driver: I would rather be fired than drive a ‘Gay Pride bus’