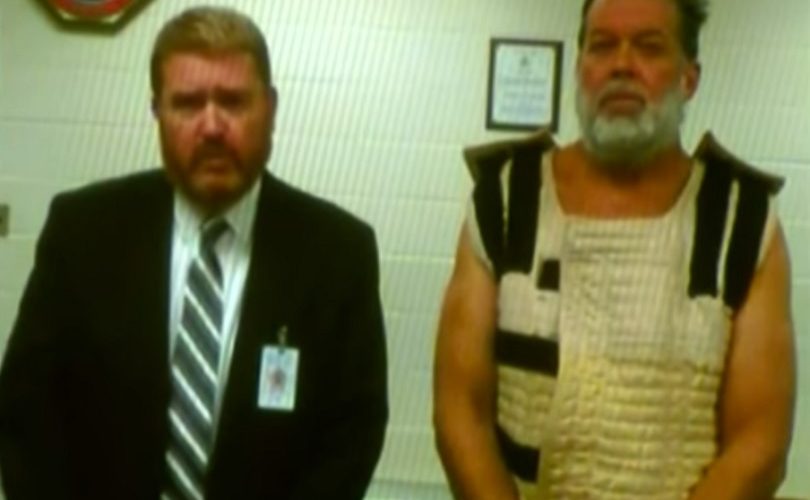 COLORADO SPRINGS, May 11, 2016 (LifeSiteNews) – The man who opened fire at a Planned Parenthood abortion facility in Colorado Springs the day after Thanksgiving is mentally incompetent to stand trial, Judge Gilbert Martinez ruled this afternoon.

Neither Swasey nor Dear's other two victims – Jennifer Markovsky, 35, and Ke'Arre Stewart, 29 – were at the facility to obtain an abortion.

Judge Martinez ruled that Dear was “not grounded in reality,” according to local media, and that he could not assist his public defender in his legal defense.

Dear had previously said he hoped to plead guilty and be executed for his crimes.

Dear, 57, told police officers that he believed federal government had followed him ever since he criticized the handling of the Branch Davidian standoff in Waco, spying on his every move day in and day out for 22 years.

When he looked around his broken-down trailer and found that his clothes had holes in them, he knew federal agents had done it to torment him, he said.

He also believed Barack Obama is the Anti-Christ.

In time, he moved from North Carolina to Colorado to try to flee his imaginary tormentors, and to be near medicinal marijuana, but he still felt eyes burning holes in him everywhere.

Dear said he decided on Planned Parenthood as a spur-of-the-moment location to launch a final shootout against the feds.

During the shootout, he wore a homemade “bulletproof vest” made out of silver coins and duct tape and contemplated turning the gun on himself, or going down in a fiery blaze inside the office.

“I am a warrior for the babies!” Dear shouted at his second hearing, held on December 9.

The pro-choice blogosphere attempted to pin responsibility for Dear's actions on the pro-life movement, which swiftly condemned his and all violence, rather than Dear's decades-long history of profound mental illness.

Today's official finding is not a surprise, as Dear told local media outlets that he had been found mentally incompetent in March by state psychologist B. Thomas Gray.

The second of his three ex-wives, Barbara Mescher Micheau, said during their 1993 divorce proceedings that Dear suffered from extreme “emotional problems and needs counseling, which he vehemently opposed many times.”

She also said Dear had vandalized a Planned Parenthood in Charleston, South Carolina, by putting glue in its locks at some point before their divorce.

Due to today's ruling, Dear will be held in the Colorado Mental Health Institute in Pueblo, which will produce a written evaluation of his mental health in August.

On his way out of the courtroom, Dear called Martinez a “filthy animal.” Dear has repeatedly said he is the victim of a conspiracy to silence his secret knowledge of government conspiracies, and sending him to receive “forced medication” is all part of the plot.

But if Dear becomes healthy again, he may stand trial for the crimes, Judge Martinez indicated by suspending the trial.

Officials charged Dear with 179 counts of criminal activity, including murder and attempted murder, and the federal government considered bringing formal terrorism charges against him.

Planned Parenthood shooter plans to plead guilty, be executed for his crime