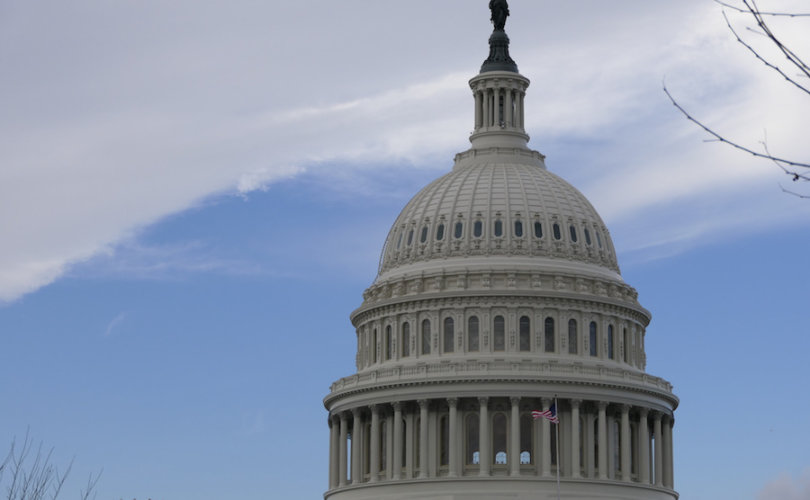 Title X money comes from the government to fund “family planning services,” but technically not abortion.

But thanks to the Congressional Review Act, Congress may overturn such agency regulations within 60 legislative days. Only 51 Senate votes are needed now that it has passed the House.

On February 14, Planned Parenthood sent an email to supporters warning that if the House voted to overturn Obama's HHS rule, it would be a “devastating attack” for them. It will “embolden extremist politicians to block” funding to “a health center just because that center also provides safe, legal abortion,” Planned Parenthood President Cecile Richards wrote.

Black said letting states have the right to not give Title X grants to groups that commit abortions “shouldn't be” a partisan issue.

“Without this bill, states would be forced to fund the abortion industry by federal bureaucrats,” said Rep. Luke Messer, R-IN.

Two abortion-supporting Democratic Congresswomen used language about protecting the vulnerable when arguing in favor of the pro-abortion rule.

Rep. Nita Lowey, D-NY, said that allowing states to opt out of funding Planned Parenthood through Title X would harm the “neediest Americans.”

Rep. Diana DeGette, D-CO, called H.J. Res. 43 “another bill that threatens access to family planning care for millions of our most vulnerable citizens.”

“Just this afternoon, I read a quote. And here’s what it said: 'Patients and doctors should be making the big decisions, not government bureaucrats.' Who said this?”asked DeGette. “Margaret Sanger? No. Cecile Richards? No. Hillary Clinton? No. The person who said this this afternoon is the Speaker of the House Paul Ryan. I couldn’t agree with him any more.”

Sanger was the founder of Planned Parenthood. She supported racism and eugenics.

“It's cost-effective for all of us” to support liberal Title X policies “because it saves public money on prenatal, maternity, and newborn care. And it has worked to decrease teenage and unintended pregnancies,” said Rep. Kathy Caster, D-FL. “In Florida, in 2014 alone, over 160,000 were counseled through non-profit agencies and community health centers and over 38,000 unintended pregnancies were prevented, which helped prevent about 18,000 unintended births.”

Male Democrats implied they speak for women and women's health during the debate.

“The women of America are watching … the mothers and daughters, Mr. President, are watching,” said Rep. Ami Bera, D-CA.

Other Democrats noted the year.

“It is 2017 and a woman’s uterus is not a political football,” said Rep. Pramila Jayapal, D-WA.

“Planned Parenthood dismembers or chemically poisons a baby to death every two minutes,” said Rep. Chris Smith, R-NJ. “Why are U.S. taxpayers giving half a billion dollars each year to Planned Parenthood?”

Rep. Vicky Hartzler, R-MO, announced her “unwavering support for the lives of the unborn” and her decision to “stand in solidarity with the states” by supporting the resolution.

“While this is merely taking back the small parting gift that President Obama left Planned Parenthood, the real prize is getting the Reconciliation bill passed by both Houses and signed by President Trump,” said Kristan Hawkins, president of Students for Life of America. “We are hopeful this bill is a step towards ultimately defunding the nation's abortion giant.”

“Many states rushed to redirect taxpayer dollars to community health clinics that actually offer complete prenatal care, mammograms, and other services not offered at Planned Parenthood abortion clinics, and outnumber them 20 to 1,” she said. “The Obama Administration issued regulations prohibiting states from doing so, and today’s action in the House would rescind those regulations.”

“Obama’s legacy of forcing Americans to finance the abortion industry is being steadily dismantled by our new pro-life President and the pro-life Congress,” said Susan B. Anthony List president Marjorie Dannenfelser. “We look forward to swift passage of this resolution in the Senate so that it can receive President Trump’s signature.”