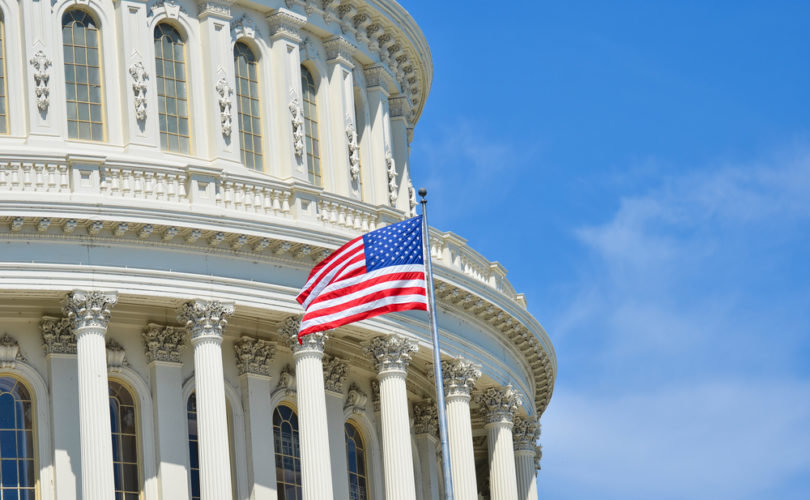 The report reveals that it made a total of 15 such criminal referrals, including one against fetal tissue company StemExpress because it “may have destroyed documents that were the subject of congressional inquiries, document request letters, and subpoenas.”

The Panel says they also sent letters to the Department of Justice and Texas Attorney General asking them to prosecute a late-term abortionist for allegedly murdering babies born alive.

“It is my hope that our recommendations will result in some necessary changes within both the abortion and fetal tissue procurement industries,” said Chairman Marsha Blackburn, R-TN. “Our hope is that these changes will both protect women and their unborn children, as well as the integrity of scientific research.”

The new report details many of the disturbing practices the Panel uncovered in the abortion industry.

According to the report, there are four types of models of fetal tissue harvesting, which present problems when it comes to complying with federal laws. Law potentially breached include those against the selling of human body parts, laws protecting human research subjects and patient privacy, “laws regulating anatomical gifts for transplantation, therapy, research, and education; laws protecting late-term and born-alive infants; and “laws pertaining to public funding for fetal tissue research and abortion providers,” according to the final report.

The first business set-up is the middleman model, which “comprises a middleman and tissue procurer who obtains tissue directly from a source such as an abortion clinic or hospital and then transfers the tissue to a customer, usually a university researcher.” The second is the “University/Clinic Model” which “comprises a particular university that has formed a close relationship with a nearby abortion clinic and regularly acquires tissue from that clinic for research purpose.” Another is the “Biotech Company/Clinic Model,” which consists of “a close relationship between a particular biotech company and one or more nearby [abortion] clinics.”

“Of particular concern” to the Panel is the “Late-Term Clinic Model” because of the “intersection of late-term abortions, the potential for live births during the abortion procedure, and the transfer of tissues or whole cadavers from that clinic to research entities.”

The Panel did case studies of how some of the entities exposed by the videos from the Center for Medical Progress acquired body parts from aborted babies and violated patient privacy and informed consent laws in the process.

The Panel's final report makes a series of recommendations for the protection of women and infants, “stewardship of taxpayer funds,” and conducting ethical scientific research.

One such recommendation is to set aside funding to expand the organ donation-network to include “preterm and stillborn infant donors.” Such a system would explicitly exclude tissue procured from elective abortions, while ensuring that researchers still have access to tissue derived from ethical sources.

“Adult tissue (from either normal subjects or from individuals with specific medical conditions) is the most scientifically appropriate model for the study of many adult-onset diseases,” the report noted. “Unfortunately, in many cases, adult tissue is not readily available for use by the research community. Consequently, researchers focus on animal models of disease and/or supplement this work using human fetal tissue, despite the known differences between adult and fetal cells. If primary adult human tissue were more readily available to the research community, it would facilitate development of appropriate research models with far greater relevance to human disease.”

The Panel also recommended that the National Institutes of Health model its guidelines on the use of human fetal tissues “on the guidelines for animal research,” which “include the principles of Replacement and Reduction.” The NIH's detailed Guide for the Care and Use of Laboratory Animals seeks to minimize cruelty to animals, particularly those high on the phylogenetic scale, in its testing.

Rep. Diane Black, R-TN, said the report should “incense all people of conscience.”

“Over the last year, the Select Panel’s relentless fact-finding investigation has laid bare the grisly reality of an abortion industry that is driven by profit, unconcerned by matters of basic ethics and, too often, noncompliant with the few laws we have to protect the safety of women and their unborn children,” said Black.

“The American people deserve to know these facts so responsible decisions can be made about research that respects women and protects life,” said Rep Vicky Hartzler, R-MO. She said that although she wished the investigation “hadn’t been necessary,” she is “comforted and gratified knowing our work uncovered some truths I am hopeful will better inform Americans everywhere, lead to the preservation of life, and promote the safety and wellbeing of women.”

The Panel “played a pivotal role in uncovering the big business that is the fetal tissue procurement industry,” said Rep. Sean Duffy, R-WI. “In the course of our investigation, our panel requested the banking and accounting records from many institutions to verify those businesses’ activities. Although many complied, StemExpress, a major procurement business, did not. I look forward to working with my colleagues to ensure that they are held accountable in the 115th Congress.”

“Human fetal tissue research is an outdated and unproductive area of research that does not make a strong impact on the field,” the report concluded, noting that fetal tissue hasn't produced a single medical treatment and is not used to cure polio, mumps, and measles or in modern vaccine production or research. Is it also not critical “to study Zika or other diseases affecting brain development,” nor is it required “for the overwhelming majority of current research.”

The full report is available here.