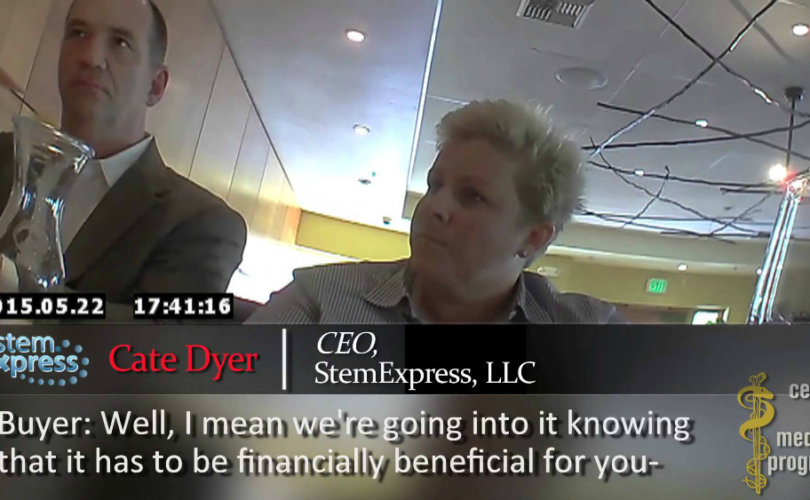 In two letters to the U.S. Department of Health and Human Services (HHS), Select Investigative Panel on Infant Lives Chair Rep. Marsha Blackburn detailed the panel’s findings on StemExpress’s cozy relationships with abortion facilities.  The panel found that StemExpress employees had access to confidential patient health information—which they had no medically necessary reason to see and the abortion centers had no reason to disclose—in order to streamline their workflow and thus maximize profits.  According to the Panel, StemExpress was allowed to use this confidential information to be matched up with patients whose aborted babies matched their fetal tissue demands.

The letters indicate that StemExpress employees were working alongside abortion workers in ways that appear to conflict with regulations related to research on human subjects and federal privacy law.

Blackburn wrote that federal regulations require specific procedures to be followed when research is being conducted on human subjects.  Research on human subjects must be approved by a valid Institutional Review Board (IRB) to ensure that the research is ethical and safe.

StemExpress didn’t follow these procedures when obtaining informed consent from abortion clinic patients, Blackburn wrote.  Blackburn’s letter said it’s unclear whether patients consented to donating tissue from their aborted infants before or after the abortion procedures took place and the manner in which patient consent was obtained raises “serious concerns” about whether patients were coerced or unduly influenced into donating fetal tissue.

The IRB that StemExpress used, BioMed IRB, was unable to produce to the Panel any of the records it is required by law to keep, such as copies of all research proposals reviewed, possible scientific evaluations of the proposals, approved sample consent documents, investigators’ progress reports, and minutes of IRB meetings.

Blackburn encouraged HHS to investigate whether BioMed IRB violated federal regulations and, if they find that BioMed IRB did, take appropriate action.

“The key to understanding the HIPAA and consent violations that we’ve referred to HHS is that there’s a business contract between StemExpress and the abortion clinics under which both sides make a profit from the baby body parts inside the young woman’s womb,” Blackburn said. “The contract changes the way both entities view the young woman: her baby is now a profit-center. This betrayal of a young woman’s trust should disgust us all. It takes financial advantage, obtains consent through coercion, and deceives the woman, all in violation of federal privacy laws.”

According to the Panel’s investigation, StemExpress’s contracts with abortion facilities stipulated that StemExpress was to keep confidential the private patient information to which it had access.  But, Blackburn wrote, such a contractual agreement cannot negate the law, which prohibits abortion centers from disclosing confidential patient information in the first place.

Each time an abortion clinic employee shared with a StemExpress employee a patient’s confidential records, both of them were violating federal privacy law, Blackburn wrote.  It does not appear that any patients authorized the abortion facilities to share their private records with StemExpress.