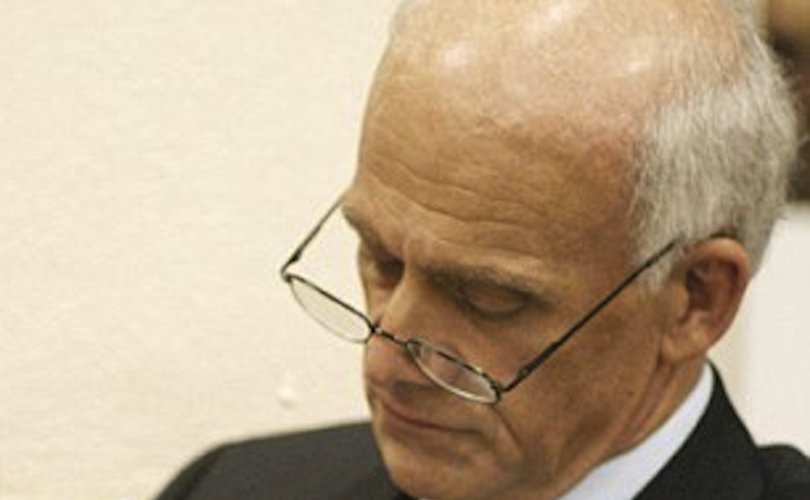 December 22, 2016 (LifeSiteNews) – The Select Investigative Panel on Infant Lives revealed late Wednesday a new referral letter it has sent to law enforcement urging them to investigate a late-term abortionist for murder. The letter, along with 11 others, hadn't previously been disclosed to the public.

Among the letters released by the Select Panel was one urging the prosecution of a Texas late-term abortionist for committing murder. Although his name has been redacted from the document, the name “Karpen” appears in its PDF's title, suggesting that the abortionist is Douglas Karpen. The abortion facilities at which the abortionist accused of murder operate are listed as “Aaron Women's Clinic ('Aaron'), the Texas Ambulatory Surgery Center, and the Women's Pavilion; and at the Northpark Medical Group in Dallas.”

Karpen is well-known to pro-life advocates. His former employees have accused him of twisting heads off newborn babies and he has a seedy history of misconduct.

“According to several of his employees, including Employee #1 and Employee #2, who were medical assistants, and Employee #3, who assisted with administrative tasks, numerous patients of  [REDACTED] delivered infants alive prior to their demise, which the doctor himself brought about,” the Select Panel wrote to the attorney general of Texas, Ken Paxton. “Specifically, Employee #1, who assisted the doctor in the operating room at Aaron, estimated that '[d]uring a typical week with a full patient load, [REDACTED] would perform 2 abortions at 20 or more weeks gestation, i.e., later in the second trimester or in the third trimester, on approximately 40 patients.'”

Of the weekly abortions, “approximately three or four infants would show signs of life,” employee #1 reported. “At times, the infant would slide completely out [of the mother] because of the extent of the dilation caused by the laminaria administered to patients,” the report states. “In all such cases, [REDACTED] would terminate their lives. The signs of life they exhibited would include movement of the stomach as the infant breathed or movement of the toes or fingers.”

The abortionist's employees also said that he would commit third trimester late-term abortions “in cases that did not involve any serious threats to the mother’s or the infant’s health” — sometimes abortions that were either committed using the illegal partial-birth abortion technique or infanticide.

“Four photographs identified by Employee #1 and Employee #3 as taken in the sterilization room of the Women’s Pavilion in 2012 depict the remains of infants clearly in their third trimester when they were allegedly terminated by [REDACTED],” the Panel's letter to Paxton explains. “According to Employee #1, the tears in the neck line visible in the photos are 'inconsistent with' terminations done 'while the infant[s were] entirely inside the uterus.' Thus, besides being late-term abortions, they were likely either partial-birth abortions or homicides committed after full delivery.”

The abortionist “was previously referred to the Dist[r]ict Attorney of Harris County, but the investigation into the matter was deficient,” the letter says. “In light of the gravity of the allegations outlined above and the supporting documentation, I urge your office to conduct a thorough investigation into whether [REDACTED] violated federal and state law, and, if you agree that such violations occurred, to take all appropriate action.”

Karpen, who has been called a “Texas Gosnell,” was previously investigated by the Harris County District Attorney's Office. The Select Panel sent another version of its referral letter to Attorney General Loretta Lynch.

“Evidence uncovered by the Panel shows that a number of middleman tissue procurement businesses and abortion clinics may have violated … a federal statute that makes it a 10-year felony to profit from the sale of human fetal tissue,” the Panel announced in a press release. “The Panel discovered that StemExpress may have destroyed documents that were the subject of congressional inquiries, in violation of 18 U.S.C. § 1519 and referred the matter to the U.S. Department of Justice. The Panel also discovered that some entities may have violated the Health Insurance Portability and Accountability Act (HIPAA) privacy rights of vulnerable women, as well as federal regulations governing Institutional Review Boards (IRBs), for the sole purpose of increasing the harvesting of fetal tissue to make money.”

“Speaking as a woman, I am deeply troubled by what we have learned about the mistreatment of patients at a particularly difficult and vulnerable time in their lives,” said Chairman Marsha Blackburn, R-TN. “They are being treated with a disregard for their best interests and their rights as patients. Women deserve better than this.”

The full collection of letters can be viewed here.