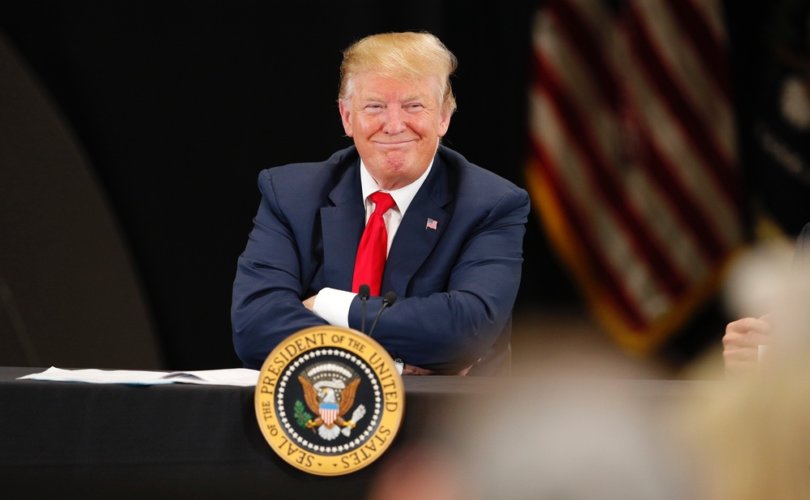 June 20, 2019 (LifeSiteNews) – A panel of the 9th U.S. Circuit Court of Appeals today allowed the Trump administration to deny federal funding to entities that commit abortions on site, a temporary but significant victory for the pro-life movement. The court will continue to consider lawsuits against the rule while it is in effect.

In February, the Trump administration rolled out rules requiring facilities that receive family planning grant money Title X services to be physically separate from those that commit or refer for abortions. Under the previous rules, Title X services and abortions could “co-locate” in the same center, as long as the abortions were privately funded. The facilities receiving federal money must also be financially separate from abortion centers.

According to the Department of Health and Human Services, the Rule also ends “referral for abortion as a method of family planning,” eliminates a “requirement that Title X providers offer abortion counseling and referral,” and requires “more complete reporting by grantees about subrecipients and more clarity about informal partnerships with referral agencies.”

“This ruling is a victory for President Trump and the majority of Americans who do not want to fund the abortion industry with their tax dollars,” said Marjorie Dannenfelser, President of the Susan B. Anthony List. “The Protect Life Rule simply draws a bright line between abortion and family planning, stopping abortion businesses like Planned Parenthood from treating Title X as their private slush fund without reducing funding by a dime. Similar regulations were upheld by the Supreme Court nearly three decades ago. We are encouraged by this news and confident the Trump administration will prevail.”

Twenty-one states and the District of Columbia are suing the Trump administration over the Protect Life Rule.

According to Politico, “Some states challenging the rule, including Oregon and Washington, have said they will withdraw from the Title X program if the new rules are allowed to take effect, potentially forfeiting millions of dollars.”

Yesterday, the Democrat-controlled U.S. House of Representatives passed a spending package that would block the Protect Life Rule from going into effect. That bill presumably won’t make it past the U.S. Senate or President Trump.