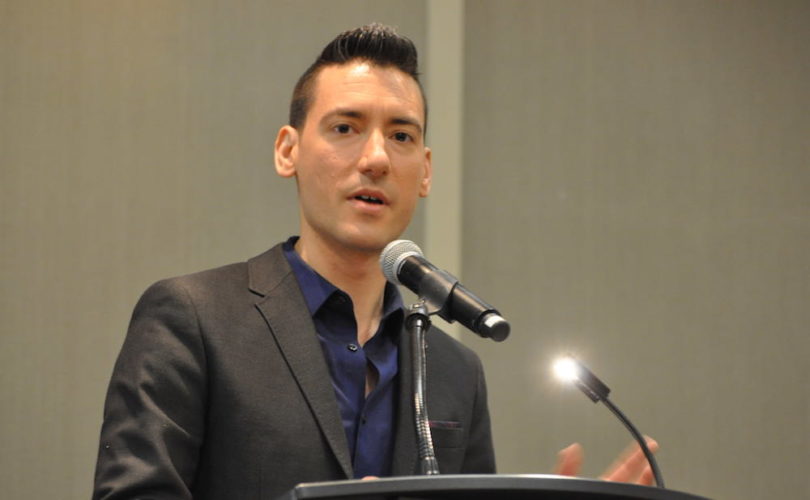 Updated at 7:54 p.m. EST to include a statement from the Center for Medical Progress.

HOUSTON, January 25, 2016 (LifeSiteNews) – The lead investigator behind the undercover Planned Parenthood videos faces up to 20 years in prison after a Houston grand jury decided on Monday not to charge Planned Parenthood with any wrongdoing – and instead indicted him for offering to purchase human organs from the abortion provider.

Center for Medical Progress lead investigator David Daleiden faces a second-degree felony charge of “tampering with a governmental record,” and a misdemeanor charge for violating the state's “prohibition of the purchase and sale of human organs.”

That is, jurors in the state of Texas are accusing David Daleiden of trying to illegally traffic in aborted babies' body parts.

The jurors pressed the same charges against Sandra Merritt, who claimed to be “Susan Tennenbaum,” the CEO of BioMax, on its incorporation papers.

Texas state law only allows someone to be charged with such a serious felony “if the actor's intent in committing the offense was to defraud or harm another.”

That felony charge alone carries a punishment of not less than two, and not more than 20 years in prison, and a fine of up to $10,000.

Ironically, the investigation began after Daleiden and Merritt posed as business associates eager to pay Planned Parenthood to furnish human body parts that its fictitious company would use in scientific experiments – something they hoped would expose the abortion industry's criminal wrongdoing.

Their cameras caught the director of research for Planned Parenthood Gulf Coast, Melissa Farrell, seemingly admitting to multiple felonies and ethics violations, including making a profit from human organ trafficking and altering the abortion process unnecessarily in order to get “the best specimens.”

“If we alter our process, and we are able to obtain intact fetal cadavers,” she said in the fifth CMP video, which also featured the dissection of a 20-week-old aborted baby inside its Houston abortion facility. “We bake that into our contract, and our protocol, that…we deviate from our standard [of care] in order to do that.”

Instead, jurors turned their guns on Daleiden.

Harris County District Attorney Devon Anderson, who was appointed to her position in 2013 by Governor Rick Perry after her husband's death, said she supported the grand jury's decision.

“I respect their decision on this difficult case,” Anderson said.

Planned Parenthood officials in the Lone Star State said the Houston grand jury had vindicated them. “The people behind this fraud lied and broke the law in order to spread malicious lies about Planned Parenthood to advance their extreme anti-abortion political agenda,” said Melaney Linton, the CEO of Planned Parenthood Gulf Coast. “As the dust settles and the truth comes out, it's become totally clear that the only people who engaged in wrongdoing are the criminals behind this fraud, and we're glad they are being held accountable.”

Notwithstanding the Harris County indictment, the state investigation into Planned Parenthood will continue, officials say.

“The Health and Human Service Commission’s Inspector General and the Attorney General’s office have an ongoing investigation into Planned Parenthood’s actions,” said Gov. Abbott in a press release Monday. “Nothing about today’s announcement in Harris County impacts the state’s ongoing investigation.”

CMP defended itself from the allegations Monday evening. “We respect the processes of the Harris County District Attorney, and note that buying fetal tissue requires a seller, as well,” the group said. “Planned Parenthood still cannot deny the admissions from their leadership about fetal organ sales captured on video for all the world to see.”

Pro-life advocates said the decision to indict someone for the very practice he exposed turned reality on its head. Sean Davis, the co-founder of The Federalist website, tweeted:

Was Franz Kafka the name of the attorney running the grand jury? https://t.co/akKoDs6VMq

His reference is to Kafka's work The Trial, a legal dystopian story in which the accused is assumed to be guilty from the outset.