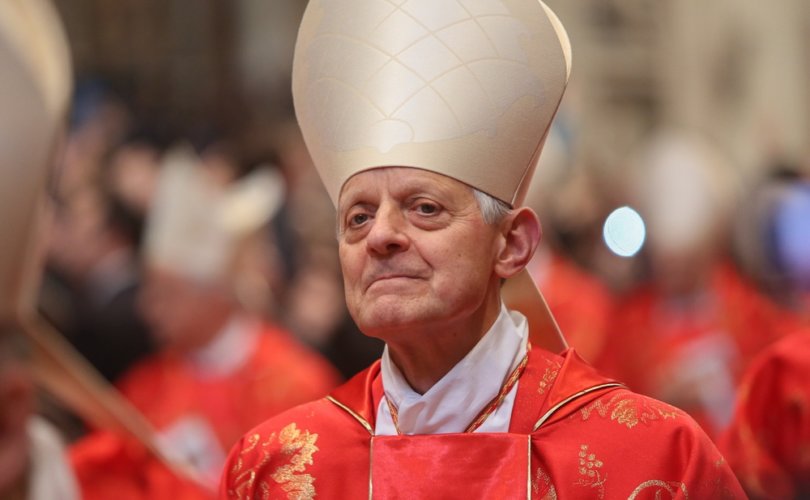 PITTSBURGH, Pennsylvania, August 22, 2018 (LifeSiteNews) – Just eight days after the release of an exhaustive, 900 page grand jury investigation into sexual abuse by Pennsylvania priests which mentions the city’s former bishop, Cardinal Wuerl, over 200 times, the diocese has announced that it has changed the name of its Catholic high school which bears his name.

In the days after the report was revealed to the public, someone used red spray paint to cover over Cardinal Wuerl’s name on the sign in front of the school.

Cardinal Wuerl, now Archbishop of Washington, DC, wrote the letter making the request on Thursday, August 16, just two days after the results of the grand jury probe were announced and one day before the Cardinal cancelled his keynote speech which was to be delivered this week at the Vatican-sponsored World Meeting of Families.

“In light of the circumstances today and lest we in any way detract from the purpose of Catholic education…I respectfully ask you to remove my name from it. In this way, there should be no distraction from the great success of the school and, most importantly, the reason for the school — the students,” stated Wuerl.

The board of Cardinal Wuerl North Catholic High School convened the next day, on August 17, and recommended the approval of Cardinal Wuerl's request. In accordance with procedures for addressing issues related to the diocesan high schools, that recommendation was also approved by the CHSDOP board on Monday, August 20.

During the immediate aftermath following the release of the grand jury report, Cardinal Wuerl, backed by the considerable resources of the Archdiocese of Washington, had mounted a PR campaign to ameliorate the shocking findings in the bombshell report.

The Archdiocese of Washington launched a slick PR-driven website – The Wuerl Record – which appeared to serve no other purpose than to protect the embattled Wuerl’s reputation, but was swiftly taken offline after it was met with ridicule by the public.