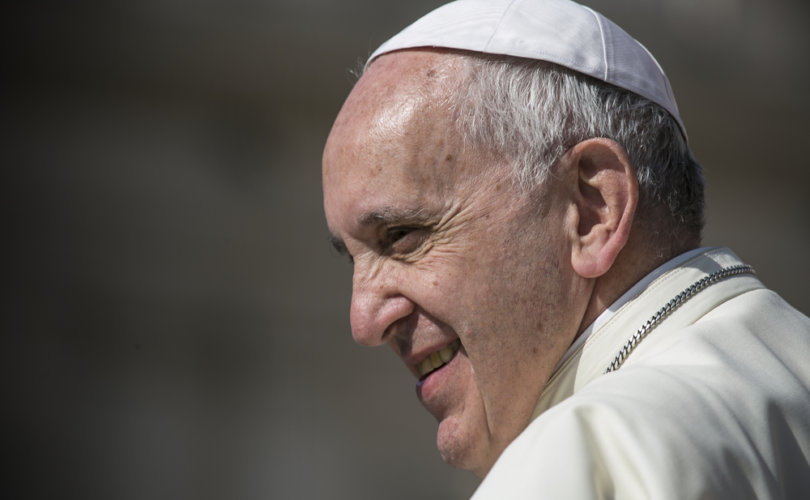 ROME, June 19, 2017 (LifeSiteNews) — Four Cardinals have publicly released their letter to the Pope from April 25, 2017 unsuccessfully asking him for a private audience to discuss “confusion and disorientation” within the Church after the publication of the Pope’s April 2016 Exhortation Amoris Laetitia.

In the letter Cardinals lament the great division in the Church on basic morality as a result of the pope's exhortation.

“And so it is happening — how painful it is to see this! — that what is sin in Poland is good in Germany, that what is prohibited in the archdiocese of Philadelphia is permitted in Malta,” they wrote.

The Cardinals asked the Holy Father if during the audience he might answer their five original questions from last year regarding whether or not Amoris Laetitia conforms to perennial Catholic teaching. They also asked the Pope if they could discuss with him the “situation of confusion and disorientation” in the Church caused by “objectively ambiguous passages” in the Exhortation.

The letter was written by Cardinal Carlo Caffarra on behalf of Cardinals Walter Brandmüller, Raymond Burke, and Joachim Meisner.

The Cardinals begin their letter to the Pope by renewing their “absolute dedication and our unconditional love for the Chair of Peter and for Your august person, in whom we recognize the Successor of Peter and the Vicar of Jesus: the ‘sweet Christ on earth.’”

The Cardinals then state that it is the “awareness of the grave responsibility” of their office as “advisers of the Successor of Peter in his sovereign ministry” that moved them to ask the Pope for a meeting.

They wrote that they were still hoping that the Pope would “resolve uncertainties and to bring clarity on some points” of Amoris Laetitia as outlined in the dubia they delivered to the Pope and the Congregation for the Doctrine of the Faith last September.

MUST READ: They gave Pope Francis four years to ‘make the Church over again.’ Here’s how he’s tried.

The Cardinals went public with their “dubia” in November after the Pope failed to give them a response. They had hoped that the Pope answering their five yes-or-no questions would dispel what they called the “uncertainty, confusion, and disorientation among many of the faithful” stemming from the controversial exhortation.

The five yes-or-no questions they asked were: 1) whether adulterers can receive Holy Communion; 2) whether there are absolute moral norms that must be followed “without exceptions”; 3) whether habitual adultery can be an “objective situation of grave habitual sin”; 4) whether an intrinsically evil act can be turned into a “‘subjectively’ good” act based on “circumstances or intentions”; and 5) whether one can act contrary to known “absolute moral norms that prohibit intrinsically evil acts” based on “conscience.”

“Not having received any response from Your Holiness, we have reached the decision to ask You, respectfully and humbly, for an Audience, together if Your Holiness would like,” the Cardinals wrote in their April 25 letter.

The Cardinals state that since Amoris Laetitia’s release a year ago, “interpretations of some objectively ambiguous passages…have publicly been given that are not divergent from but contrary to the permanent Magisterium of the Church.”

“Not only access to the Holy Eucharist for those who objectively and publicly live in a situation of grave sin, and intend to remain in it, but also a conception of moral conscience contrary to the Tradition of the Church,” it adds.

Indeed, earlier this month Argentinian Bishop Angel José Macin of the diocese of Reconquista celebrated a special Mass for civilly-divorced-and-remarried couples currently living in adultery in which they were all invited to receive Holy Communion.

The exhortation has been used by various bishops and bishops’ groups, including those in Argentina, Malta, Germany, and Belgium, to issue pastoral guidelines that allow Communion to be given to civilly-divorced-and-remarried Catholics living in adultery. But bishops in Canada and Poland have issued statements based on their reading of the same document that forbids such couples to receive Communion.

States the Cardinal’s letter: “And so it is happening — how painful it is to see this! — that what is sin in Poland is good in Germany, that what is prohibited in the archdiocese of Philadelphia is permitted in Malta. And so on. One is reminded of the bitter observation of B. Pascal: ‘Justice on this side of the Pyrenees, injustice on the other; justice on the left bank of the river, injustice on the right bank.’”

“Faced with this grave situation, in which many Christian communities are being divided, we feel the weight of our responsibility, and our conscience impels us to ask humbly and respectfully for an Audience,” the letter concludes.

Cardinal Burke has stated that if Pope Francis refuses to clarify the ambiguities in the exhortation, then the cardinals would issue a “formal correction” of the document.

“There is, in the Tradition of the Church, the practice of correction of the Roman Pontiff. It is something that is clearly quite rare. But if there is no response to these questions, then I would say that it would be a question of taking a formal act of correction of a serious error,” said Burke in a November 2016 interview.