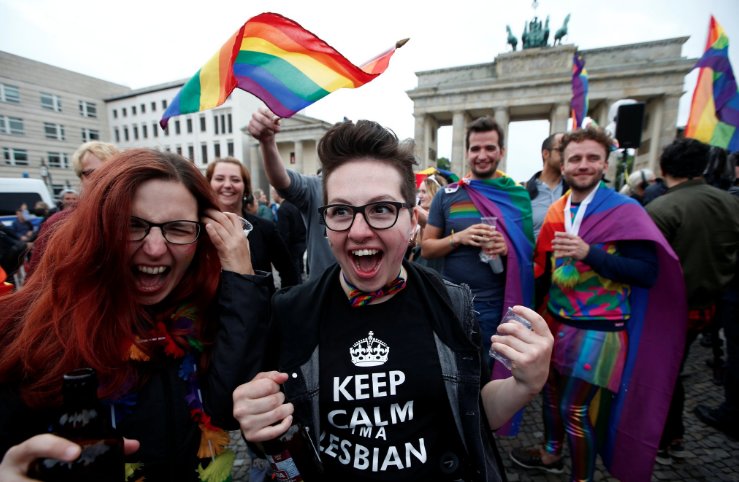 “To me it remains clear that same-sex partnership is not the same thing as a marriage,” said Volker Kauder, who the New York Times described as “the parliamentary leader of the conservative bloc of Ms. Merkel’s Christian Democratic Union and Christian Social Union.”

“In our cultural circles, marriage has for centuries been a union between man and woman,” said Kauder.

Same-sex couples in Germany will now be allowed to adopt children.

Social Democrats in Germany, who work with Merkel, apparently told her that their partnership would only continue if she allowed the same-sex “marriage” vote.

The bill will now go to the upper house of the German Parliament, where it's expected to pass.

“For me, marriage in basic law is between a man and a woman,” said Merkel. “That’s why I voted against it. I hope that the vote today shows not only the mutual respect for different opinions but that this also leads to more peace and social cohesion as well.”

Ty Cobb, director of HRC Global, a division of the homosexual advocacy group the Human Rights Campaign, called the vote “welcome news and an important victory.”

In 2013, Merkel used arguments focused on children's rights to explain why she didn't support redefining marriage. A video from the BBC shows members of Parliament standing, clapping, and cheering after the vote. Merkel remained seated.

An LGBT activist interviewed by the BBC claimed the vote put an end to “the two-class society in love.” The BBC's video showed same-sex couples kissing and a man dressed as a woman.

Mainstream media reports about the legislation did not seem to weigh in on how this vote will impact Germany's relationship with its growing number of refugees, many from cultures that label same-sex relationships sinful.