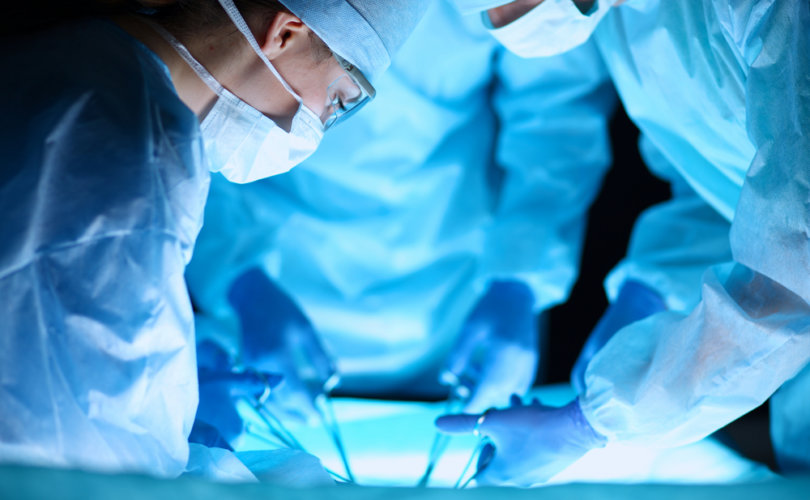 GERMANY, January 16, 2020 (LifeSiteNews) – The German parliament has voted down the so-called “objection solution,” a proposal to make every citizen an organ donor by default.

Instead, members of parliament accepted the alternative proposal of Annalena Baerbock of the Green Party.

The goal of the Baerbock proposal is to foster a regular examination of the question of organ donation. People would be encouraged to register their decision, either for or against organ donation, in an online database. That decision could be changed at any time.

Proposed by the openly homosexual health minister Jens Spahn, who is a member of the Christian Democratic Union, the “objection solution” received only 292 votes in favor, while 379 lawmakers voted against it. The final vote on the Baerbock proposal had 432 ayes and 200 nays. Members of parliament were able to vote for both proposals, which explains the fluctuation in the vote count.

Karl Lauterbach, a member of the Social Democratic Party, who together with Spahn had promoted the “objection solution,” said after the vote, “I believe we will be here again in a few years, and then there will be a majority for the ‘objection solution.’” Spahn expressed similar sentiments, mentioning a time frame of three to five years.

The votes were preceded by a debate lasting about two and a half hours. Paul Victor Pdolay of the Alternative for Germany, the only right-wing party currently part of the German parliament, explained, “The decision concerning organ donation is a very personal decision. A braid-dead person is a dying person, at most, but not a corpse. What really kills him is the harvesting of the organs.”

Otto Fricke of the Free Democratic Party asked the proponents of the “objection solution” a key question: “What happens, if I can’t make a decision yet, despite all my efforts?”

It should be possible, he said, to remain silent without the government making a decision for anybody.

A member of the Left Party, Kathrin Vogel, quoted her friend in opposition to the “objection solution.” Her friend had said, “I don’t like that our bodies are considered as warehouses for organs.” Interestingly, her friend is in need of an organ transplant herself.

After the votes, Reinhard Cardinal Marx, president of the German Bishops’ Conference and archbishop of Munich and Freising, welcomed the decision for the “Baerbock proposal” made by lawmakers.

“The German Bishops’ Conference emphatically supports the intention of this law to effectively increase the number of organ donations.”

Marx added, “The law still grants as wide as possible a freedom of decision on the issue of organ donation. At the same time, it takes steps leading to people considering the question of organ donation more intensely.”

The German Bishops’ Conference is known throughout the Catholic Church for its heterodoxy. Nevertheless, even it opposed the “objection solution.”

Representatives of “Bundesverband Lebensrecht,” an umbrella organization uniting many other German pro-life entities, were positioned in front of the Reichstag building, which houses the German parliament, in a small demonstration for the individual right of self-determination.

Alexandra Linder, chairwoman of “Bundesverband Lebensrecht,” had told LifeSiteNews in the run-up to the vote that the “objection solution” would not only contradict the right of self-determination, but would also lead to “a virtual obligation imposed by the state to give up your organs.”