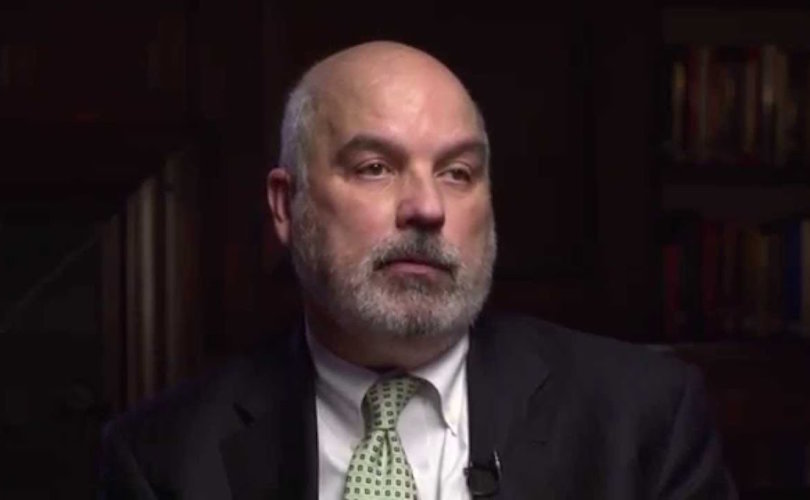 Update: James L. Rogers, the USCCB's chief communications officer, responded to LifeSiteNews Friday morning. “As a matter of routine personnel policy, I wouldn’t have additional background to offer,” he said.

Tony Spence, who had worked for Catholic News Service since 2004, had publicly criticized religious freedom and bathroom privacy legislation on his Twitter feed.

“The far right blogsphere and their troops started coming after me again, and it was too much for the USCCB,” Spence told the National Catholic Reporter Thursday.  “The secretary general [of the U.S. bishops' conference] asked for my resignation, because the conference had lost confidence in my ability to lead CNS.”

Bloggers from websites of The Lepanto Institute, The Church Militant and LifeSiteNews.com posted stories in the last week that accused Spence of issuing “public statements decrying proposed legislation in several states that would protect religious freedom and deny men pretending to be women the 'right' to enter women's bathrooms.”

According to the newspaper, following a meeting with Msgr. J. Brian Bransfield, the general secretary of the bishops' conference, “Spence was escorted from the conference office building without being allowed to speak to his newsroom staff.”

They continue: “Staff in the Washington office were told of Spence's leaving shortly after 4 p.m., and James L. Rogers, chief communications officer for the bishops' conference, sent an email memo to all CNS staff “to share news of Tony stepping down as editor-in-chief, effective today.” Rogers confirmed to them that he sent the memo.

Michael Hichborn, president of the Lepanto Institute, praised the USCCB. “Today, the United States Conference of Catholic Bishops demonstrated the clarity and leadership so desperately yearned for by the Catholic faithful,” Hichborn told LifeSiteNews.

“The investigative work of the Lepanto Institute has always been in the service of our bishops and priests,” Hichborn said. “Let us pray for all those involved and hope that Catholic News Service can fulfill its mission in the spirit of the new evangelization and in fidelity to our bishops and the Magisterium of the Holy Catholic Church.”

Over the past few weeks, Spence had tweeted criticism of a new North Carolina law that requires individuals to use bathrooms that correspond with their biological sex.  The Catholic bishops in North Carolina had previously encouraged the state legislature to overturn a city ordinance that allowed men to access women’s bathrooms.

The United States Conference of Catholic Bishops and CNS did not immediately respond to requests for comment.

The National Catholic Reporter indicated that Spence was considered “a member of the [USCCB] senior staff.” A thirty-year veteran of Catholic journalism, he was president of the Catholic Press Association from 1994-1996, and a consultor to the Pontifical Council for Social Communications from 2006-2011.