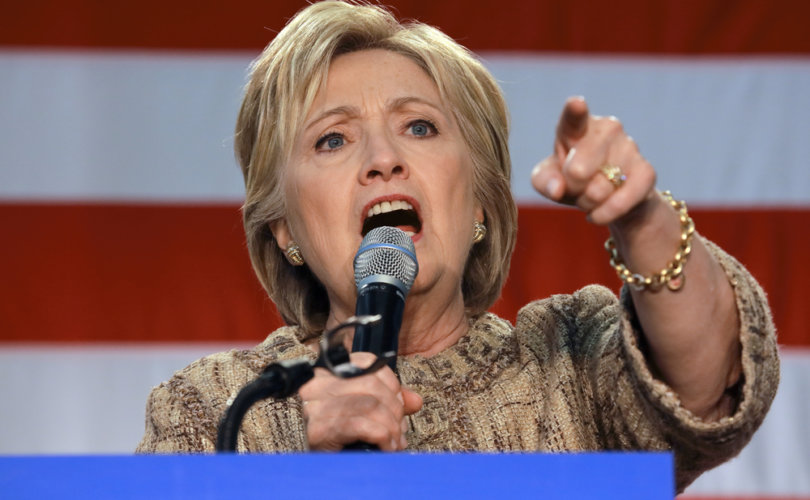 MIAMI, August 9, 2016 (LifeSiteNews) – Hillary Clinton traveled to the hub of the nation’s Zika virus outbreak to call for federal funding of Planned Parenthood.

This afternoon, Clinton inveighed against Congress, especially its Republican leaders, for taking a summer recess before passing an anti-Zika funding bill.

“I am very disappointed that the Congress went on recess before actually agreeing on what they would do to put the resources into this fight,” Clinton said at the Borinquen Medical Centers of Miami-Dade County, asking politicians to call a “special session and get a bill passed.”

She urged them to pass either the $1.9 billion bill proposed by President Obama, or the $1.1 billion bill that passed the Senate in May.

In June, the House approved a $1.1 billion anti-Zika aid bill that specified it would not fund Planned Parenthood or other abortion providers. Senate Democrats blocked the bill, and President Obama threatened to veto it.

Neither of those Democratic parties received any criticism from Clinton, who instead criticized Republican presidential nominee Donald Trump for saying the epidemic has been largely controlled.

Some 21 Floridians have gotten the virus, which can cause children to be born with microcephaly, in the United States. The CDC reports that the virus is contained to one, quarantined patch of Miami’s Wynwood district that measures one square mile.

Congress is set to return to session in September, and health officials have said the funds already allocated should last until the end of the month.

Florida Senator Marco Rubio, who is running for re-election, has said that he opposes funding the nation’s largest abortion provider and added that babies whose mothers contract Zika do not deserve to be aborted.

“If Sen. Kaine and his fellow Democrats want to pass a bill now, they can end their filibuster and simply give unanimous consent to pass the conference report and send it straight to the President this week,” said Don Stewart, McConnell’s spokesman. “Apparently they believe an earmark for Planned Parenthood in the future is more important that preventing the threat of Zika now.”