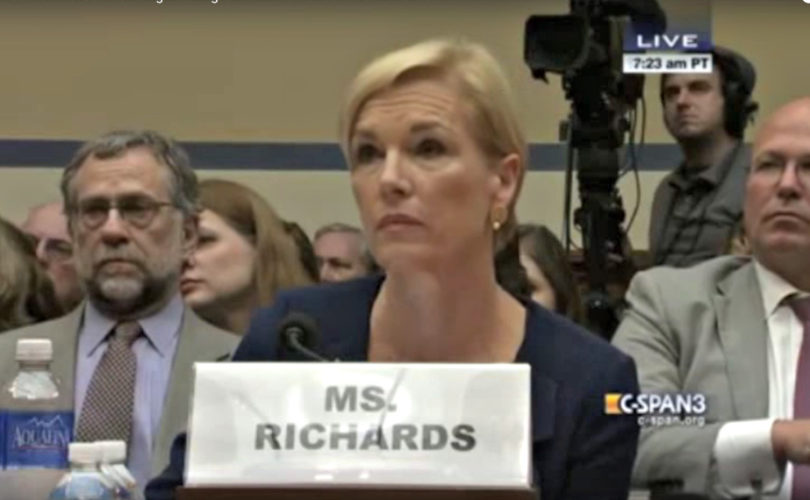 In a largely party-line 239-182 vote, the House passed HR 3762, which — if it becomes law — would shift all Planned Parenthood funding to community health centers and repeal parts of the Affordable Care Act.

The defunding aspect of the bill differs from past efforts because reconciliation will allow Senate Republicans to avoid a Democratic filibuster. It is expected to be vetoed by President Obama, where the bill will then be sent back to the Senate.

One Democrat, Collin Peterson of Minnesota, supported the legislation. Two pro-abortion Republicans and five hard-line conservatives combined to give Democrats seven GOP votes against the legislation. A number of conservative groups and Members had urged House GOP leadership to push for a full repeal of the Affordable Care Act.

In a statement, Family Research Council President Tony Perkins praised the House for passing a budget reconciliation bill that effectively removes the significant majority of federal funding of Planned Parenthood, the largest abortion chain in the country, responsible for killing an estimated 340,000 unborn children every year.”

SBA List president Marjorie Dannenfelser urged “the Senate to unify and take action. This is a top priority vote for the pro-life movement. Weakened resolve in the face of Planned Parenthood’s conduct is unacceptable.