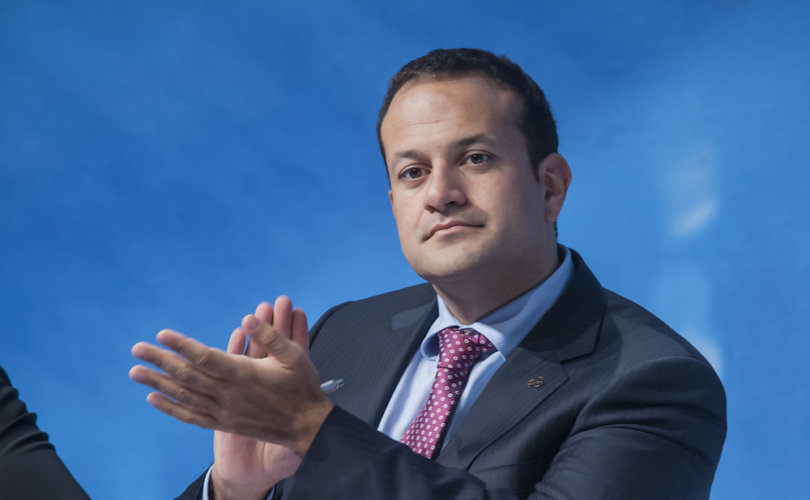 Varadhar, 38, is “expected to be voted in as prime minister when parliament next sits on 13 June,” the British Independent reports.

Varadkar is currently the Minister for Social Protection. He replaces longtime party leader Enda Kenny, who stepped down in May.

His ascension to power as an open homosexual is a startling development in the island nation once known for its traditionally Catholic culture.

But social values are changing rapidly in Ireland, and away from Judeo-Christian ideals. A May 2015 referendum ushered in the legalization of homosexual “marriage,” by a landslide vote of 62-38 percent. Proponents of the measure were supported by American LGBT activists.

CNN reports that as Health Minister, Varadkar, son of an Indian-born father and Irish mother, came out in favor of the homosexual “marriage” referendum, along with other openly “gay” politicians.

In April, the Irish Citizens' Assembly recommended that Ireland legalize abortion, with many recommending no restrictions at all to the killing of unborn babies.

Varadkar once was pro-life but now favors holding a national referendum on the issue, CNN reports.

Back in 2012, the group Keep Ireland Pro-Life reported that Varadkar is pro-life himself, quoting him as saying, “I would accept a lot of Catholic social teaching. I’m not a practicing religious person, but I would accept that. I wouldn’t be in favour of abortion. The only thing that would be a grey area is if there’s a genuine threat or risk to the life of the mother.”

He also said that he would not favor allowing abortion for rape cases, as “it isn't the child's fault that theyre the child of rape. You can say the same thing about disabled children,” according to the pro-life organzation's Facebook page.

But now, Varadkar “has pledged to hold a referendum on abortion in 2018, saying the current rules are too restrictive,” according to CNN. Pro-abortion liberals are fighting to change Ireland's law, passed in 1983, which bans all abortions.

Varadkar is a fiscal conservative, according to CNN.