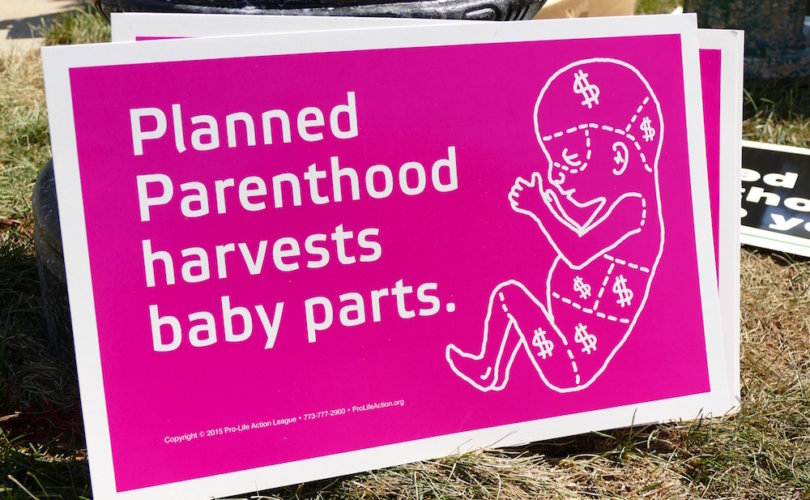 SEATTLE, October 6, 2016 (LifeSiteNews) – A federal judge has ruled in favor of David Daleiden that a public, taxpayer-funded university may not withhold documents about its experiments with aborted babies’ organs and tissue – including where they obtain them and how much they pay.

On Tuesday, U.S. District Judge James Robart ruled against a coalition of abortionists, Planned Parenthood employees, and other personnel involved – all of them anonymously – in fetal tissue experimentation at the University of Washington.

On February 9, Daleiden made a request under the state’s Public Records Act (PRA) to “inspect or obtain copies of all documents that relate to the purchase, transfer, or procurement of human fetal tissues, human fetal organs, and/or human fetal cell products at the University of Washington Birth Defects Research Laboratory from 2010 to present.” One day later Zachary Freeman, the communications director of the Family Policy Institute of Washington, made a similar PRA request about BRDL’s actions.

Washington is one of two states in which Planned Parenthood acknowledged receiving money in exchange for “donating” aborted babies’ organs for scientific experimentation.

The university agreed to produce the documents, but an anonymous group of plaintiffs sued, saying that revealing their names could put their lives in danger.

Daleiden and other pro-life leaders said the group simply wanted to hide the way two taxpayer-funded institutions – the university and Planned Parenthood – worked in concert on a program most Americans found repugnant.

“Indeed, David Daleiden has already agreed to redaction of all personally identifying data from the documents requested, except for a mere handful of abortionists and others whose identities are already publicly known,” said Tom Brejcha, president and chief counsel of Thomas More Society, which is representing Daleiden in the proceedings.

Daleiden told Judge Robart it is “critical” Planned Parenthood not hide its activities from public scrutiny. Robart granted a temporary restraining order while the case progressed.

But on October 4, the judge issued a 19-page order saying the anonymous plaintiffs had failed to “explain how their constitutional claims had met the standard” necessary to win, because the court lacked jurisdiction. He gave them two weeks to file an amended complaint.

“We are gratified that the court has now dismissed this case, albeit only provisionally,” Brejcha said on Thursday.

Full disclosure is necessary, Brejcha said, to investigate a question of “paramount public importance: whether and to what extent federal research money, to the extent of many hundreds of millions of dollars, has been misused to fund an immensely profitable and illegal market for the harvesting and sale of aborted babies’ body parts.”

Daleiden to judge: It is ‘critical’ Planned Parenthood not hide documents in baby parts sales