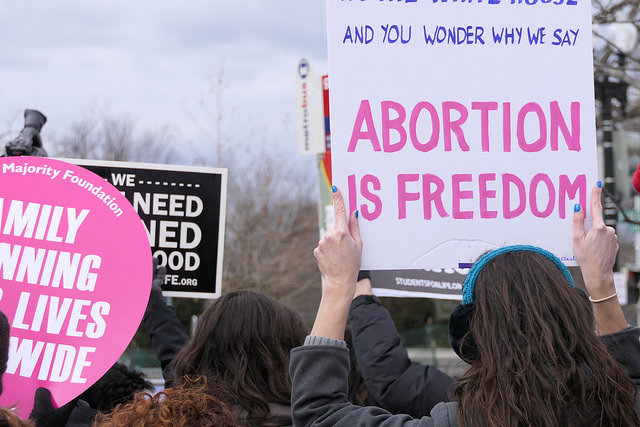 “Today’s decision is disappointing and flies in the face of basic human decency,” said Ken Paxton, Attorney General of Texas. “The raw, unedited footage from undercover videos exposed a brazen willingness by Planned Parenthood officials to traffic in fetal body parts, as well as manipulate the timing and method of an abortion. Even the remains of the most vicious criminals are treated with respect. But the children who never had a chance at life become so-called medical waste or, alternatively, a commodity to be bartered for. No taxpayer in Texas should have to subsidize this repugnant and illegal conduct. We should never lose sight of the fact that, as long as abortion is legal in the United States, the potential for these types of horrors will continue.”

Paxton said he will appeal the order, which will be in place until the case is argued in court.

Judge Sam Sparks of the United States District Court in Western Texas wrote, “These [Planned Parenthood] centers are the only family planning specialists in the state and provide a wide variety of services in a manner specifically designed to be convenient for vulnerable populations.”

Excluding Planned Parenthood from Medicaid funding would create “irreparable injury,” according to the judge.

There is not “even a scintilla of evidence” that Planned Parenthood did anything wrong, Sparks wrote. “A secretly recorded video, fake names, a grand jury indictment, congressional investigations — these are the building blocks of a best-selling novel rather than a case concerning interplay of federal and state authority through the Medicaid program. Yet, rather than a villain plotting to take over the world, the subject of this case is the State of Texas’s efforts to expel a group of health care providers from a social health care program for families and individuals with limited resources.”

In 2016, a Congressional panel made 15 criminal referrals against Planned Parenthood, fetal tissue companies, and other entities involved in the scandal uncovered by the Center for Medical Progress. The panel also asked Paxton to prosecute a late-term abortionist for allegedly murdering babies born alive.

Live Action's latest investigation, “Abortion Corporation,” has revealed that the vast majority of Planned Parenthood facilities don't offer prenatal care and are unable to provide women with ultrasounds for a purpose other than abortion. It's also featured the testimony of former Planned Parenthood managers and nurses, who say that the organization has abortion quotas and treats women “like cattle.”