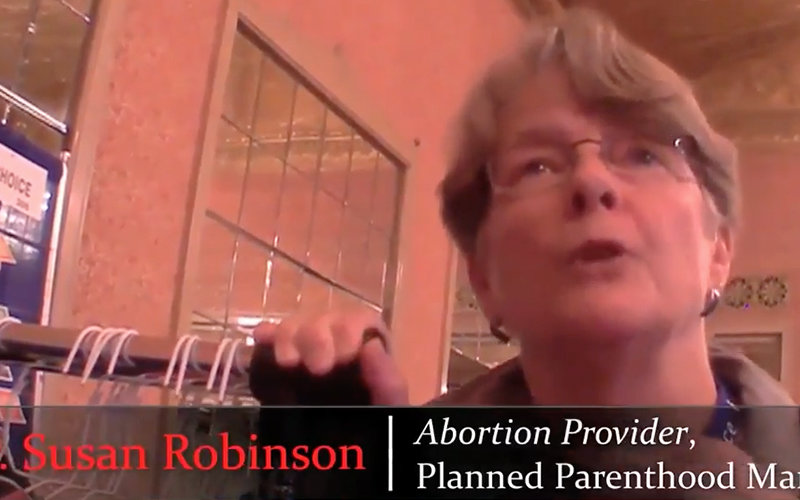 May 26, 2017 (LifeSiteNews) – A federal judge may hold David Daleiden in contempt of court after his attorneys defied a gag order and posted videos on their website of top abortion executives discussing decapitating babies and selling their body parts. The shocking video, which was a compilation of comments made at a secretive abortion trade show, has been pulled from YouTube “for violating YouTube's Terms of Service.”

LifeSiteNews saved a copy of the video, and posts it here without the consent or knowledge of the Center for Medical Progress, David Daleiden, or his attorneys.

The videos resulted in a Congressional investigation and calls for the abortion company to immediately lose its taxpayer funds.

The footage released yesterday was from the National Abortion Federation (NAF) conference. It showed abortionists admitting the work they do is “killing,” complaining about how “difficult” it is to tear apart a fetus, and lamenting that they’re not given a place to discuss the “heads that get stuck that we can’t get out.”

A judge’s gag order prevented this footage from being released for over a year after NAF took CMP to court over the footage. Some of this footage was previously leaked by Got News.

Daleiden and his co-worker Sandra Merritt are facing 15 felony charges for “intentionally and without the consent of all parties” recording “confidential” communications.

“Every video recording for which the Attorney General is charging David was obviously and unquestionably made in a public place where it could not possibly be considered 'confidential,'” said Ferreira. “The only difference between David’s conduct and that of undercover video journalists every day in the state of California is the fact that he recorded the political backers of the state’s top prosecutor.”

Originally, the people accusing Daleiden and his co-worker Sandra Merritt of the 15 felonies weren't named, but rather were listed as anonymous “Does.”

“The First Amendment must apply equally whether you are pro-choice or pro-life,” Ferreira said yesterday. “A publicly-accused defendant is entitled to face his accusers in a public trial. Anything less is a corrupt attempt by the Attorney General to orchestrate a star-chamber proceeding reminiscent of the witch hunts and show trials of more unenlightened eras.”

Daleiden's lawyers then released a list of the accusers.

“The Attorney General sent SCA a password-protected list of Does 1 through 14, stating that the names were somehow confidential, rather than amending the publicly filed complaint to publicly list David’s accusers,” the lawyers explained in a press release. “There is no protective order in place in state court that would protect the names of the Does, and David is entitled to a public defense.”

Yesterday, the lawyers released a YouTube playlist of CMP's conversations with the accusers. As of May 26, all of the new videos on it had been removed. Three videos showing previously-released footage remain.

According to the Associated Press report, the CMP attorneys confirmed to Orrick “that links to the barred videos and the names of at least 11 NAF members had appeared on Cooley and Ferreira's website.”

The report says the judge ordered the video links and references to the identities of NAF members be taken down, which is likely why the lawyers' playlist of conversations with accusers has disappeared.