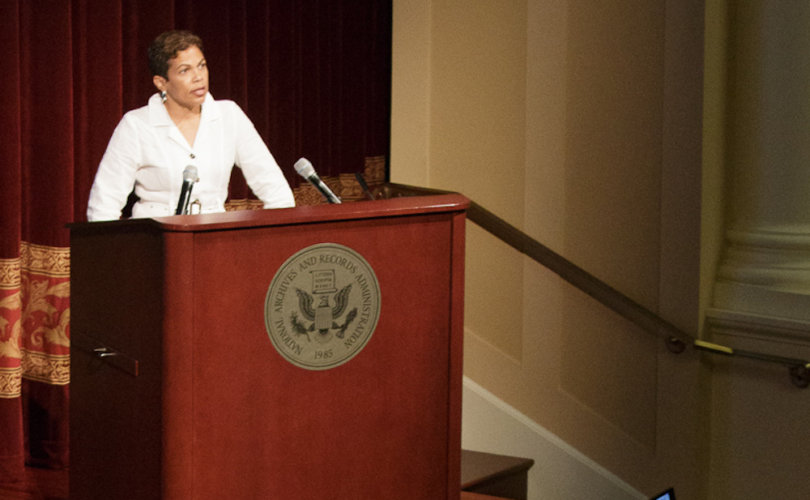 WASHINGTON, D.C. October 18, 2017 (LifeSiteNews) – An Obama-appointed judge ordered the government today to allow an illegal immigrant minor in its custody to abort her preborn child “promptly and without delay.”

The mother seeking the abortion is a 17-year-old from Mexico.

Justice Department lawyers argued the government has “strong and constitutionally legitimate interests in promoting childbirth, in refusing to facilitate abortion, and in not providing incentives for pregnant minors to illegally cross the border to obtain elective abortions while in federal custody.”

U.S. District Judge Tanya S. Chutkan said she was “astounded” that the only two options the government was giving the teen were go home to procure the abortion or stay in the U.S. and not abort the baby.

Chutkan's order even specified when the government-facilitated abortion is to take place. She must be taken to “obtain the counseling required by state law on October 19, 2017, and to obtain the abortion procedure on October 20, 2017 and/or October 21, 2017, as dictated by the abortion providers’ availability and any medical requirement.”

“Today’s ruling is outrageous and sets a dangerous precedent,” said Marjorie Dannenfelser, President of the Susan B. Anthony List. “The U.S. Department of Health and Human Services took a simple position that it would protect the life and dignity of the teenage girl and her unborn child while in their care. Shame on this judge for overruling compassionate care and instead mandating that the U.S. government help facilitate an abortion for a teenage girl.”

A lengthy Politico report indicated that the Trump administration has “intervened to prevent abortions sought by girls at federally funded shelters, even in cases of rape and incest and when the teen had a way to pay for the procedure.”

Instead, the Department of Health and Human Services has taken them to pregnancy resource centers. The Politico report indicated HHS officials have personally tried to save the preborn children of minors who are in the U.S. illegally.

“In some cases, a senior HHS official has personally visited or called pregnant teens to try to talk them out of ending their pregnancies,” Politico reported.

“Federal law is very clear on giving the director of the Office of Refugee Resettlement the legal responsibility to decide what is in the best interests of a minor in the unaccompanied alien children program and, in this case, her unborn baby,” the HHS Administration for Children and Families told Politico in a statement. “We cannot cede our responsibility to care for minors and their babies by releasing them to ideological advocacy groups.”

The American Civil Liberties Union (ACLU) is representing the 17-year-old.

Brigitte Amiri, senior staff attorney with the ACLU Reproductive Freedom Project, praised the abortion-seeking teen for her “courage and perseverance” in a statement celebrating the judge’s order that she be allowed to abort her child immediately.

“This ruling plays into the broader agenda of the ACLU, which is recklessly exploiting a teenage girl in order to make the United States a sanctuary state for abortion,” said Dannenfelser. “We urge the Justice Department to appeal this ruling.”