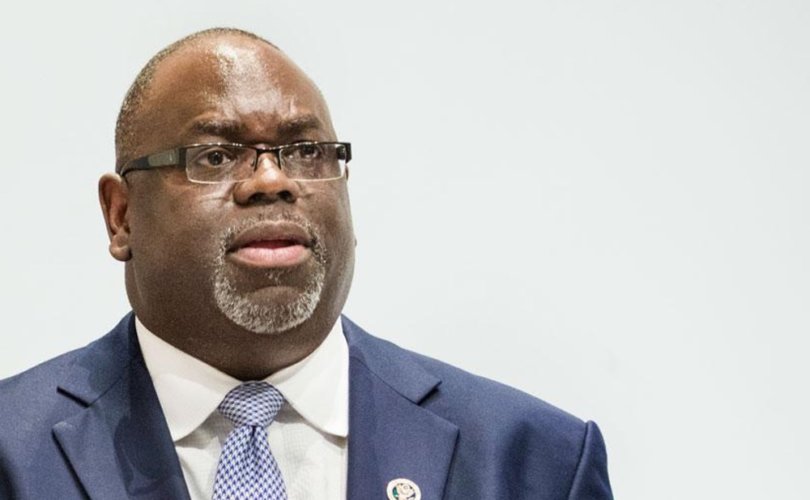 JACKSON, Mississippi, March 20, 2018 (LifeSiteNews) – A federal judge has temporarily blocked Mississippi’s new ban on abortions at 15 weeks, less than 24 hours after it was signed into law.

The Associated Press reports that U.S. District Judge Carlton Reeves has granted a temporary restraining order against the enforcement of HB 1510, the law Mississippi Gov. Phil Bryant signed yesterday prohibiting abortions from being performed beyond fifteen weeks for any reason other than physical medical emergencies or severe fetal abnormalities.

The law bans abortion earlier than any other law currently in effect, a fact Bryant, a Republican, proudly touted on social media. “We are saving more of the unborn than any state in America, and what better thing can we do?” he said at the bill’s signing.

Citing legal precedent, Reeves said that HB 1510 simply draws the line earlier than what the Supreme Court allows. “That right protects her choice 'to have an abortion before viability'” he wrote. “States cannot 'prohibit any woman from making the ultimate decision' to do so.”

Further, while the temporary ruling was not a final decision on the merits of the case, Reeves’ language indicated his final decision would be the same. “Does the state have the right to trump the woman's right to have control over her decisions, over her body?” he asked.

ABC News reports that within an hour of the signing, the pro-abortion Center of Reproductive Rights filed a lawsuit on behalf of Women’s Health Organization (WHO) in Jackson, demanding that Reeves immediately block HB 1510 from being enforced. As LifeSiteNews recounted yesterday, WHO owner Diane Derzis has maintained abortion facilities in multiple states, and has a checkered past that includes Alabama shutting down her Birmingham location for a series of medical violations that led to at least two medical emergencies.

“Under decades of United States Supreme Court precedent, the state of Mississippi cannot ban abortion prior to viability, regardless of what exceptions are provided to the ban,” the lawsuit argues. It says that it performed 78 abortions past 15 weeks in 2017, or about 3% of Mississippi’s 2,500 abortions last year.

In the suit, WHO abortionist Dr. Sacheen Carr-Ellis says that women seeking abortions should be able to “make the decision that is best for her about the course of her pregnancy, based on her own values and goals for her life,” and that the law’s impact would start immediately by forcing the cancellation of an abortion scheduled for this afternoon.

In response, Bryant declared that he hopes preventing that abortion represents the first life saved by the new law. “I pray today we have saved the first life of an unborn child in Mississippi,” he tweeted. Bryant, predicting the lawsuit yesterday, also said the law would “be worth fighting over” in court.

State House Speaker Philip Gunn agreed, saying Mississippi is “absolutely” ready to take on the costs of a legal battle, because “I don't know if you can put any value on human life […] Whatever challenges we have to take on to do that, is something we're willing to do.”

Current judicial precedent says that abortion cannot be banned prior to fetal viability, and in 2014 the Supreme Court refused to consider the constitutionality of a 20-week ban in Arizona. However, law experts with the Life Legal Defense Foundation note that the Supreme Court has also acknowledged a “compelling interest in protecting the unborn child” as pregnancy progresses, particularly on criteria such as preborn children’s capacity to feel pain.

It is unclear how the Supreme Court would rule on a 15-week ban. Though he has not specifically ruled on abortion cases or stated his position, it is widely assumed that President Donald Trump’s nomination of Justice Neil Gorsuch will reliably side with life. This would preserve the court’s narrow divide on abortion, with Justice Anthony Kennedy casting the deciding vote. Kennedy’s record is generally pro-abortion though he has expressed openness to some modest limits.

There are also lingering questions as to whether Kennedy will be on the Supreme Court by the time this case reaches it. Earlier this month, Sen. Dean Heller, R-NV predicted that the justice will retire “sometime early summer,” in which case Trump would have the opportunity to replace him with a more pro-life jurist.