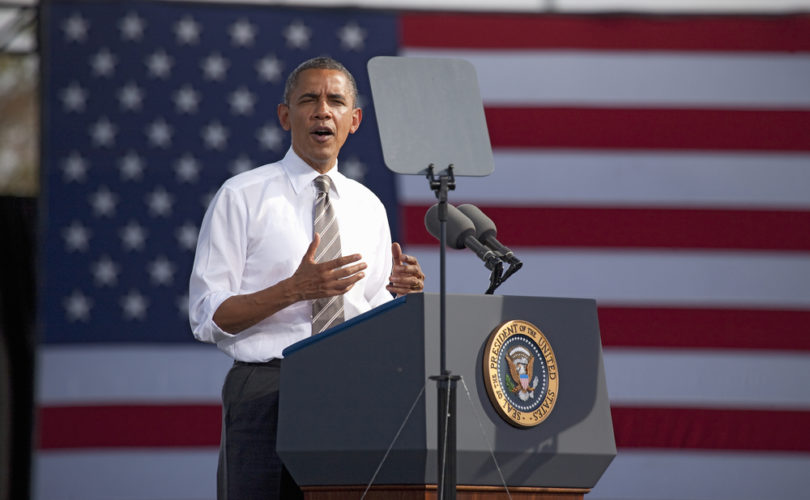 Updated at 1:25 p.m. EDT to include additonal information about the decision and comments from ADF and Liberty Counsel.

AUSTIN, August 22, 2016 (LifeSiteNews) – The Obama administration twisted the law and violated proper procedure in its efforts to force public schools into opening the restrooms, showers, and overnight accommodations of one sex to members of the opposite biological sex, a federal judge ruled on Sunday.

In a major setback for the administration, U.S. District Judge Reed O’Connor granted a preliminary injunction against the Obama administration’s controversial federal guidance to the nation's public schools and universities regarding transgender students on Sunday.

The rules, promulgated in May, held out the possibility that public schools would lose federal funding if they maintained what O’Connor called separate “intimate facilities” based on biological sex. Attorney General Loretta Lynch likened the policy to racially segregated bathrooms of the Jim Crow era. The administration has said it roots its reasoning in Title IX, a 1972 law intended to prevent discrimination against women in education.

While federal civil rights laws do not include  “gender identity,” the Obama administration has interpreted numerous federal laws that bar discrimination based on “sex” as though they include both sexual orientation and gender identity.

But in a 38-page decision, Judge O’Connor, who was appointed by President George W. Bush, ruled that the law and its use of the term “sex” is “not ambiguous. It cannot be disputed that the plain meaning of the term sex as…it was enacted by [the Department of Education] following passage of Title IX meant the biological and anatomical differences between male and female students as determined at their birth.”

He also said it was the federal government that had “'drawn a line in the sand' in that they have concluded [the states’ public schools] must abide by the guidelines, without exception, or they are in breach” and will lose all federal education, which total billions of dollars in some cases.

Attorney General Ken Paxton of Texas, one of 13 states involved in this lawsuit, said Judge O’Connor’s ruling is a blow against executive branch tyranny attempting to impose its will without going through the legislative process or building a national consensus.

“This president is attempting to rewrite the laws enacted by the elected representatives of the people, and is threatening to take away federal funding from schools to force them to conform,” he said.

Since Title IX does not include gender identity, the judge ruled, the Obama administration's interpretation of the law “is entitled to respect, but only to the extent it has the power to persuade.”

A WPA Opinion Research poll found that two-thirds of Americans oppose the government forcing any institution to have unisex restrooms, including 55 percent of Millennials.

Judge O'Connor also agreed with the 13 states that filed suit in State of Texas v. United States of America that the Obama administration had violated the federal regulatory process by skipping the mandatory period allowing the public to comment on new proposed rules.

The Obama administration's guidance is particularly important, he ruled, because it would “apply to the youngest child attending school and continues for every year throughout each child’s educational career” in college.

“The court in this case made clear that the administration ignored the federally required public notice and comment process as well as the crystal clear meaning of Title IX in its attempt to force its will on the American people,” said Matt Sharp, a legal counsel at the Alliance Defending Freedom.

But Paul Castillo of Lambda Legal, an LGBT legal activist organization, called Judge O’Connor’s decision “just a bump in the road” to an eventual court victory.

Family advocates said preventing underage students from being exposed and vulnerable in the presence of a member of the opposite sex is the safest course.

“The facts show that one in four girls and one out of every six boys under 18 will be sexually assaulted. This unconstitutional mandate would have only increased those statistics,” said Mat Staver of Liberty Counsel.

“The Obama administration cannot unilaterally disregard and redefine federal law to accomplish its political agenda of forcing girls to share locker rooms and showers with boys,” Sharp added. “Schools have a duty to protect the privacy, safety, and dignity of all students, and this order certainly helps them in fulfilling that duty.”

A total of 23 states have sued the Obama administration over its policy. Congresswoman Diane Black, a pro-life Republican from Tennessee, said she is “pleased that our state is among those challenging this senseless decree.”

“By forcing young children into situations where they may share a bathroom with someone of the opposite biological sex, the Obama administration has failed to strike that balance and will put our students at unnecessary risk,” Rep. Black said. “We must continue fighting this dangerous and coercive directive on all fronts, which is why I am a cosponsor of legislation invaliding the president’s orders and have sought to defund implementation of these actions through the appropriations process.”

Hillary Clinton has expressed support for the president's transgender executive actions, while Donald Trump has said he would reverse this federal guidance and leave the matter to state and local governments.

Today is the first day of school in Texas and many other school districts nationwide.