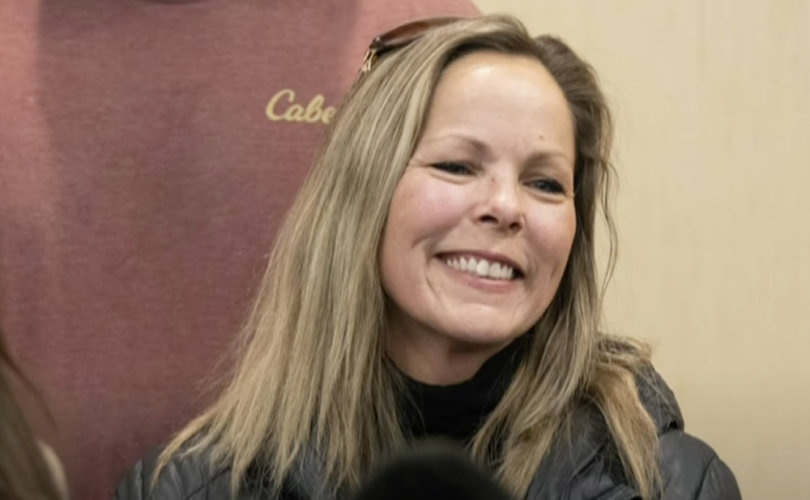 OTTAWA (LifeSiteNews) – A Justice of the Peace denied Canadian Freedom Convoy leader Tamara Lich bail this afternoon for breaching the conditions of her release.

“Your detention is necessary to maintain confidence in the administration of justice,” Justice of the Peace Paul Harris told Lich.

Harris said that the breaching of bail conditions can carry a maximum jail time of 10 years, not unlike a weapons assault charge.

“This comparison speaks to the elevated gravity of the alleged offences before the court,” noted Harris.

Lich will remain jailed until a trial on the breach charge. She is scheduled to appear in court again on July 14 via teleconference.

Lich’s defense lawyer Lawrence Greenspon told reporters today that he is “extremely disappointed” in Harris’s decision, and his team is looking at getting a bail review in the Superior Court of Ontario as “quickly as possible.”

Greenspon added that Lich was “understandably disappointed with the result” and was looking to “regain her freedom as soon as possible.”

Harris earlier in the week reserved his bail decision regarding Lich – until today.

Lich was arrested more than a week ago for a second time after allegedly violating her bail.

Today’s ruling by Harris came after a day-long hearing held on Tuesday with Lich and government Crown lawyers.

At the time, Harris noted he needed more time to consider the facts before granting or denying Lich bail.

The crown argued in the daylong hearing Tuesday that Lich violated her bail conditions by having a photo taken with another person associated with the Freedom Convoy at the annual George Jonas Freedom Award from the Justice Centre for Constitutional Freedoms (JCCF) last month in Toronto.

Today, Harris claimed the Freedom Convoy put Ottawa residents in a “continual state of fear,” and blasted Lich for choosing to attend the award ceremony.

According to True North’s Andrew Lawton, Harris claimed that new freedom protests being held in Ottawa as well as in other parts of the country mean Lich, “(paraphrased) as a convoy organizer, poses a risk to the public.”

“Vulnerable victims of the convoy protest undoubtedly will continue to fear a continuation of the protest if persons such as Ms. Lich and Mr. Marazzo are allowed to continue to communicate and socialize,” noted Harris.

According to Rebel News’s Sheila Gunn Reid, Justice Harris claimed that Lich was “flaunting her award” as part of what he dubbed an “illegal occupation” in Ottawa.

Criminal lawyer: ‘I just can’t believe what I’m watching taking place in a courtroom in Canada’

Many quickly blasted Lich’s continued jailing, saying is a travesty of justice.

“Tamara Lich will now rot in jail. She has lost her bail hearing I just can’t believe what I’m watching taking place in a courtroom in Canada,” tweeted criminal lawyer Ari Goldkind.

“This is so bizarre of a decision I don’t even know where to start-Pure punishment-I hope she’s in Superior Court quickly-Gobsmacked.”

Former MP Jay Hill, who also is the former leader and founder of Maverick Party, said every Canadian should be “outraged.”

“Whether or not you supported the Freedom Convoy, every Canadian citizen should be OUTRAGED over the treatment of Tamara Lich. Freedom, democracy & civil rights NO longer exist in the Republic of Canada,” tweeted Hill.

Supporters of Lich were onsite at the Ottawa courthouse where she appeared today in person, shouting “shame” along with “Why can’t they arrest Justin Trudeau?”

At the JCCF award ceremony in June, Lich gave a passionate speech about “uniting” to “uphold our Charter of Rights and Freedoms.”

Lich’s bail conditions ban her from “verbally, in writing, financially, or by any other means, support anything related to the Freedom Convoy.” She is also mandated to reside in her home province of Alberta and cannot use social media.

As for the photo with Marazzo, Lich said she was assured by her lawyers that the photo would be okay.