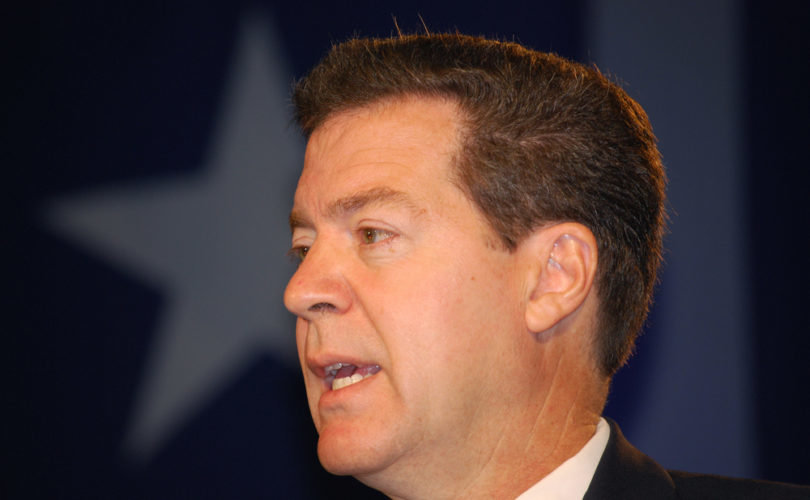 The Governor issued the following statement:

“Kansas remains committed to a culture that respects the dignity of life at all stages. Recent videos show Planned Parenthood employees treating the unborn as commodities as they discuss the sale of tissue and organs. This does not reflect the culture of life most Kansans want.

We now call upon the Kansas Board of Healing Arts to address the issue of sale of tissue and organs from the unborn in its inspections of Kansas medical offices.”

“Human life has dignity at all stages of life. Senate Bill 95, banning dismemberment abortion in Kansas, prevents the barbaric procedure of dismembering an unborn child.

We must remind ourselves and others that unborn children are just that – children – with certain inalienable rights that we must respect and protect.”

Kansas joins Ohio, Indiana, Texas, Louisiana, Arizona, Georgia, and Missouri in opening investigations since the first two videos have been released. It is likely more states will follow suit.

Meanwhile, upon release of the second video, Texas Governor Greg Abbott announced that he will expand the initial investigation. The Dallas Morning News reports, “The Texas Senate Health and Human Services committee will meet July 29 to discuss and investigate Planned Parenthood’s role in fetal tissue donation.”

“The committee will consider recommendations to strengthen regulations on abortion providers, including further restrictions on the sale of fetal tissue by these entities.”

Yesterday, Pennsylvania lawmakers requested that their Attorney General, Kathleen Kane, announce an investigation into Planned Parenthood. According to The Morning Call, Kane’s office has stated they are reviewing the request. Minnesota lawmakers have followed suit, asking Governor Mark Dayton to investigate Planned Parenthood, though recent reports say he has refused.

One thing is clear, these videos are causing multiple investigations and questions – something that is long overdue.