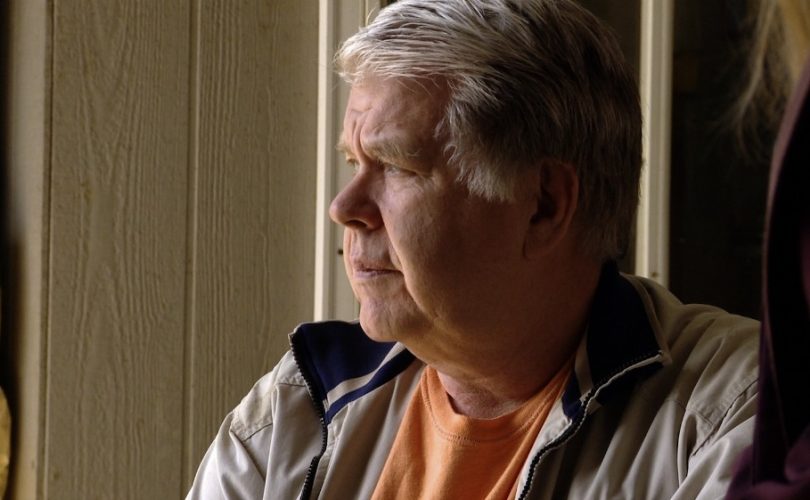 Carhart (pictured) has ended babies' lives 'so close to – and possibly even after – birth,' said Rep. Marsha Blackburn.

WASHINGTON, D.C., May 11, 2016 (LifeSiteNews) – One of the nation's most notorious late-term abortionists, LeRoy Carhart, has received a subpoena to appear before a special Congressional panel to answer questions about whether he illegally sold aborted babies' body parts and let babies born alive die after botched abortions.

The House Select Panel on Infant Lives issued eight subpoenas to Carhart, his Germantown Reproductive Health Services (GRHS) in Maryland, and numerous hospitals, emergency dispatchers, and medical facilities that would have knowledge of Carhart's actions.

The document orders Dr. Carhart to appear for a deposition on Capitol Hill on June 13.

It also demands that he turn over a host of documents by May 23, including records “of costs and expenses associated with fetal tissue acquisition” and “all entities and/or persons to which [Carhart] transferred fetal tissue.”

That would demonstrate whether Carhart had committed a federal felony by selling human organs or tissue for “valuable consideration,” defined by the law as any amount above and beyond the actual, reasonable costs of the transfer.

In the documents released today, the panel asks Carhart to turn over “all disciplinary actions taken, or threatened, against” him for his long history of hurting, and sometimes killing, women during abortions gone awry.

“Reports regarding the Germantown clinic are deeply troubling, both for the sake of babies whose lives are ended so close to – and possibly even after – birth and for the sake of the women who have been rushed from that clinic to the hospital with increasing frequency,” said Select Panel Chair Marsha Blackburn, R-TN.

Carhart sent at least eight women to the hospital between mid-2012 and mid-2014. As of this April, however, Carhart had called the ambulance for another six patients in just the previous five months.

“In order to properly address these concerns, we have issued subpoenas, not only to Dr. Carhart and his clinic, but also to hospitals and first responders who may have information that will be instructive,” Rep. Blackburn said. “Time is of the essence.”

Dr. Carhart once told a pro-life undercover investigator posing as a pregnant woman seeking an abortion not to call 911 if she feels something is going wrong but instead to contact his abortion facility. Then, his staff will call emergency assistance, “if we think you need 911.”

These instructions from the abortionist may have proved fatal. On February 7, 2013, 29-year-old kindergarten teacher Jennifer Morbelli died from a botched abortion that Carhart performed at 33 weeks gestation. An investigation found that attempts to contact Carhart prior to her death went unreturned, as he was out of town.

In 2005, Christin Gilbert, a disabled woman, died during a late-term abortion performed by Carthart's hand in Wichita, Kansas.

Patients have suffered across the nation at the hands of Carhart and his staff. His nurse, Lindsey Creekmore, had her license suspended for negligence in 2014 for harming patients in her care.

With this in mind, one of the subpoenas asks the Maryland Board of Physicians for all documents concerning Dr. LeRoy H. Carhart and others associated with him – including “Dr. Delhi E. Thweatt, Jr., Dr. Earl McLeod, Germantown Reproductive Health Services (GRHS), or any other medical professionals or other personnel employed at any time by GRHS.”

Congress is also investigating charges that Carhart – one of a handful of abortionists nationwide who is willing to perform abortions after 24 weeks – may have allowed babies born alive to die without care, a violation of federal law. The subpoena asks for all “policy and procedures…including any training provided to staff on how to care for an infant born alive.”

In 2013, a Live Action investigator in Carhart's Bellvue, Nebraska, facility asked the abortionist if it were possible that her baby would be born alive. “Oh yeah, it probably could” survive outside the womb, he said – before warning her against going to the hospital, where the newborn would receive medical treatment.

“Carhart prides himself on making sure that the child is dead within three hours,” Lila Rose told LifeSiteNews at the time. “But…if he misses the child's heart with the Digoxin shot, if it's entered into the amniotic sack or otherwise, sometimes these children have been born alive.”

In 2013, Carhart told a Live Action investigator that he had performed more than 20,000 third-trimester abortions during his career. In 1997, Carhart testified that he sometimes dismembered infants while they were alive. “I know that the fetus is alive during the process most of the time, because I can see the fetal heartbeat on the ultrasound,” he said.

“We have an obligation to protect the most vulnerable at all stages of life,” Congresswoman Blackburn said. “This obligation was expressed in both the Partial-Birth Abortion Ban Act and the Born-Alive Infants Protection Act.”

The subpoena also asks for the names of companies that dispose of Carhart's “medical waste.” In addition to investigations across the nation that abortionists have sent aborted babies' bodies to landfills, Carhart has been accused of illegally dumping biohazardous material in the past.

Video: Dead baby inside you is ‘like meat in a Crock-Pot’ famed late-term abortionist tells mother

Carhart abortion patient rushed to hospital, his eighth since 2012