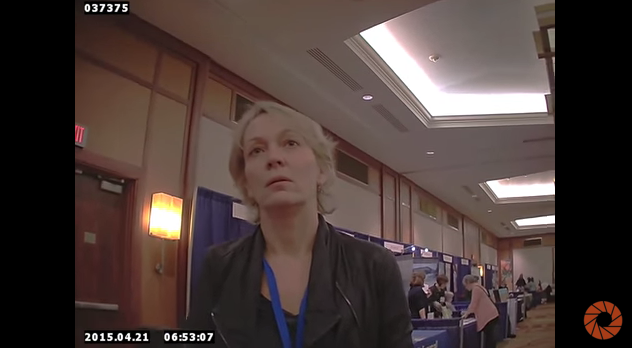 October 26, 2015 (LiveActionNews) — An online news group has released a series of videos that they say are undercover tapes recorded by The Center for Medical Progress. The footage appears to show top-level abortion industry executives discussing their baby parts harvesting trade. Got News, the group that released the tapes, say they “obtained all of the videos from a source on Capitol Hill.”

“I don’t like saying I am dismembering a fetus…It makes me feel bad.”

“I feel like any time you enter the body, it’s grotesque. [laughter] I just want to honor that we have different feelings about this–we need to be prepared.”

“My coping mechanism is to cope with the baby fetus –reverence with something that was alive and is now not.”

“An eyeball just fell down into my lap and that’s gross [laughter], and I say to myself, ‘This abortion is going well; it’s going safely.'” [laughter and applause]

The first video in the series reveals Deb VanDerhei, a national director of the Consortium of Abortion Providers, admitting to investigators with The Center for Medical Progress that Planned Parenthood cannot prevent abortion facilities from breaking the law.

Additional released videos by Got News include undercover footage of investigators meeting with representatives inside the abortion industry, as well as tapes obtained at a Planned Parenthood workshop and other events.

Today, Got News announced that they were threatened with a demand letter from the legal group representing the National Abortion Federation, which is seeking to prevent CMP from releasing additional footage.

Yesterday we were hit with an unconstitutional demand letter from Morrison & Foerster, the firm representing the National Abortion Federation in its suit against David Daleiden and the Center for Medical Progress.

David Daleiden, project lead with CMP, and his team, have been prevented by a temporary retraining order from releasing videos recorded at the National Abortion Federation conference.