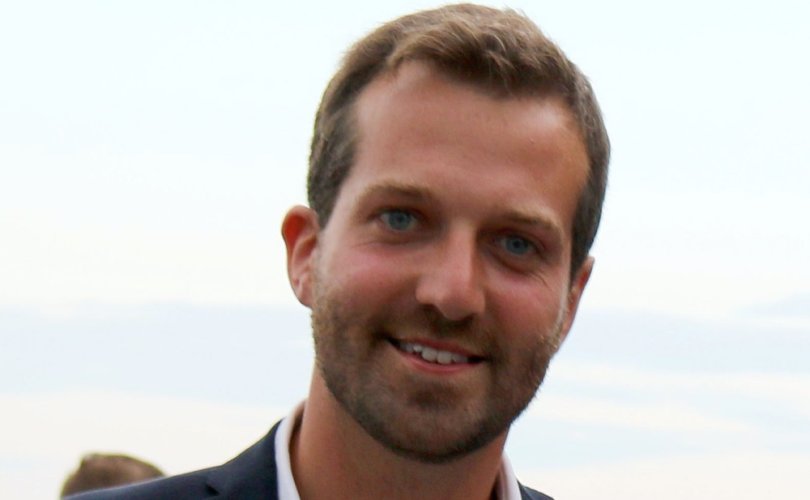 OTTAWA (LifeSiteNews) – The first cracks in the ranks of Trudeau’s Liberal Party have appeared now that a Liberal Member of Parliament (MP) has come out in support of the truckers’ demands of the federal government.

This morning, Quebec MP Joël Lightbound held a press conference in which he criticized the ongoing COVID restrictions imposed by Trudeau’s government and called for an end to the mandates and policies that have sparked the Freedom Convoy.

In his statement Lightbound said that he regretted the divisive tone that has taken over the Liberal Party and Canada since the advent of vaccine segregation. He was particularly concerned about how the Trudeau-led party weaponized hatred of the unvaccinated throughout the Federal elections last September.

The “policies of my government changed drastically on the eve, and during, the last election campaign,” he said.

“A decision was made to wedge, to divide and to stigmatize.”

Liberal MP Joël Lightbound calls out Justin Trudeau, saying that the “policies of my government changed drastically on the eve, and during, the last election campaign.”

Lightbound says that “a decision was made to wedge, to divide and to stimatize.”

Lightbound also expressed a belief that the political class is out of touch with working Canadians.

“Some seem to forget that isolation is felt differently. Not everyone can still earn money using their MacBook while at the cottage. Some are suffering in silence and feel like they’re not heard,” Lightbound said.

His reference to “the cottage” may have been a slight at Prime Minister Trudeau who has spent much of the declared pandemic working from his publicly funded cottage over video conferencing.

Lightbound also called out the Liberal rhetoric which labeled Freedom Convoy supporters “white supremacists” even though Canadians of all races have attended and supported the freedom events in Ottawa over the past two weeks.

The Liberal MP for Louis-Hébert, Quebec called the labelling of freedom-loving Canadians “absurd” and said that he had “enough respect for [his] fellow Canadians not to engage” in the name-calling.

Liberal MP Joël Lightbound on Freedom Convoy: “I have enough respect for my fellow Canadians not to engage in these easy absurd labels” pic.twitter.com/S1cr5Sko5T

According to Montreal newspaper La Presse, Lightbound has expressed his dismay over mandatory vaccination to colleagues for some time, he also affirmed that he is not the only one in the party who things the same, and there may be many more.