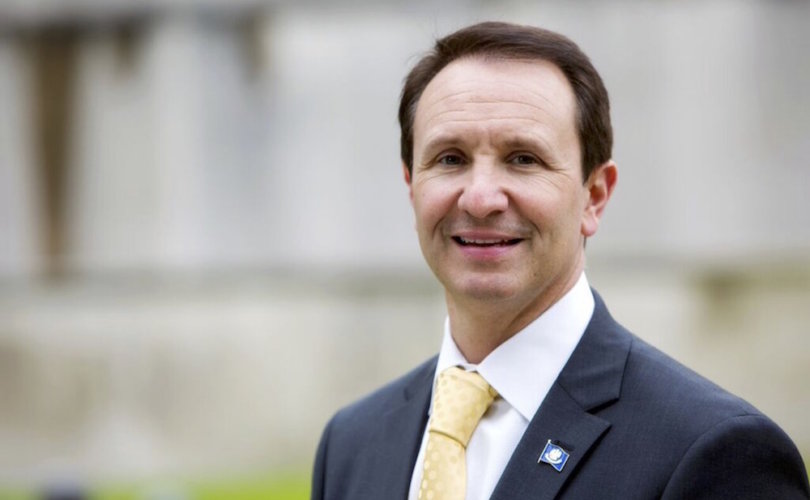 The president's order 'irresponsibly creates an environment in which children may be more easily exposed to sexual predators,' says Attorney General Jeff Landry.

BATON ROUGE, May 18, 2016 (LifeSiteNews) – The legal backlash against President Obama's transgender restroom policy in public schools and universities has begun.

Last Friday, the Obama administration sent a “dear colleague” letter to the nation's educational leaders saying that, under the president's interpretation of Title IX, schools must open their restrooms, showers, and intimate facilities to members of the opposite sex who identify as transgender. Although the federal guidance does not have the standing of law, it carries the implicit threat that schools that do not comply will lose all federal funding.

Today, Louisiana Attorney General Jeff Landry said the order lacks not just the force of law, but any constitutional standing or common sense.

In his own letter to state educational leaders, Landry said he wrote “to reassure” them that he “will vigorously defend the state and its citizens from unlawful action threatened on the basis of this incorrect interpretation of law.”

“President Obama and his appointees do not have legal authority to require our children to share locker rooms and bathrooms with children of the opposite sex,” he wrote. (Emphasis in original.)

The president's guidelines rely upon a heavily contested view that gender is separate from “sex” and unrelated to biology. Instead, it is controlled by one's mental state – and that Title IX, which does not mention “gender identity” or the concept of gender dysphoria, covers the concept nonetheless.

That view and its attendant threat “creates an immediate crisis with the entire state,” Attorney General Landry wrote today.

“The policy position adopted by the Obama administration irresponsibly creates an environment in which children may be more easily exposed to sexual predators,” he continued. “Furthermore, this irresponsible and illegally issued Guidance places the mental well-being and privacy rights of ninety nine percent of Louisiana's children at risk without any demonstrable evidence of benefit to the less than one percent of the population this policy purports to benefit.”

With that communique, Louisiana joins the growing list of states that told the Obama administration its transgender guidelines are dead on arrival and will not be implemented in the remaining months of his lame duck presidency.

AG Landry added that he is consulting with other state attorneys general about the next legal moves necessary to secure federal educational funding.