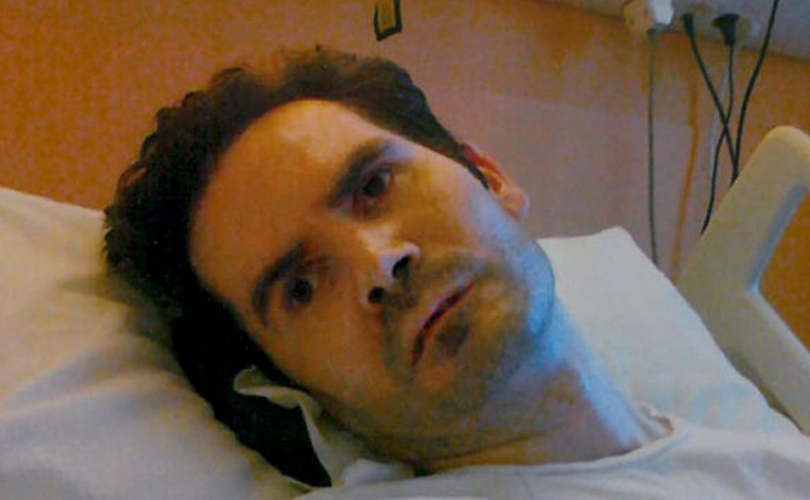 May 20, 2019 (LifeSiteNews) – As French doctors have begun withholding life support from the man dubbed France’s Terri Schiavo, a phone line has been established at the residence of the French president to count calls urging that Vincent Lambert’s life be saved.

LifeSiteNews has learned that Élysée Palace, the residence of French President Emmanuel Macron, is tallying calls at +33142928100 from people who oppose the starvation of the minimally conscious, tetraplegic 42-year-old man, whose parents have been fighting to save his life in the years following his 2008 motorcycle accident.

LifeSiteNews has found that it takes approximately five minutes of music for calls to be connected (presumably due to the number of calls being made), but a receptionist does take them and promise they will be counted.

The news comes as physicians at Sebastopol Hospital in Reims, France announced Monday they are withdrawing his nutrition and hydration tubes, the BBC reports. The decision comes after the French Conseil d’Etat (Council of State) ruled Tuesday that Lambert must be deprived of food and fluids and placed under deep sedation until he dies.

Jean Paillot, an attorney for his parents, called the decision “shameful” while his wife favors removing the life support.

Video filmed by Lambert’s mother Viviane “shows Vincent turning his head and eyes several times towards his mother, and vocalizing in muffled tones for about a minute,” the parents’ lead counselor Jérôme Triomphe told LifeSiteNews last month. “Now they’re telling us that Vincent is a vegetable connected to machines…that is absolutely false.”

Earlier this month, the United Nations’ Committee on the Rights of Persons with Disabilities (CRPD) called on the French government not to act on the decision to end Lambert’s life, but the French health ministry responded that it is not beholden to the committee’s judgment.

“Mr President, Vincent Lambert will die without hydration in the week of 20 May if you do nothing and you are the last and only one able to intervene,” the parents implored Macron this weekend in an open letter this weekend. So the presidential phone line may be their last hope, and with the starvation process having begun, time is running out.

Concerned readers can call +33142928100 and request that the French government reverse the decision to allow Vincent Lambert to be starved to death. Please stay on the line despite hearing music for the first several minutes; calls are ultimately going through.