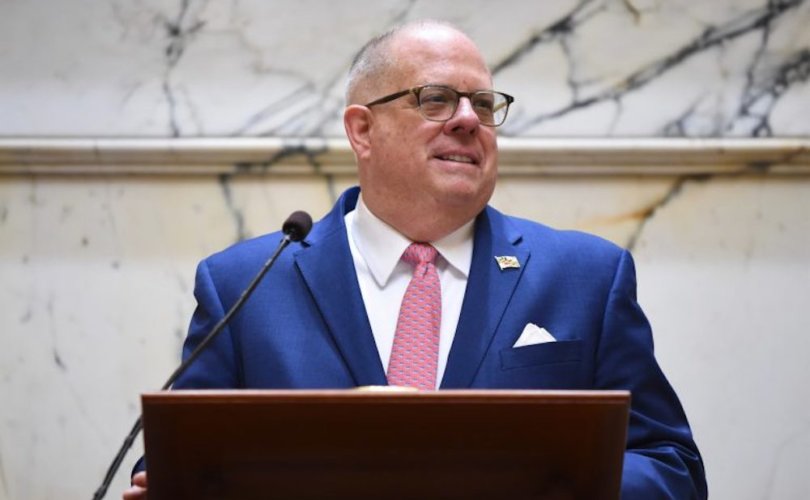 ANNAPOLIS, Maryland, August 3, 2020 (LifeSiteNews) – Maryland’s Republican Gov. Larry Hogan issued an executive order Monday overriding a county’s decision to force private and parochial schools to remain closed against their will. Under the now-overruled order, parents and educators could have faced up to a year in jail for attempting to open or operate a school.

On Friday, Montgomery County health officer Dr. Travis Gayles announced that private schools in the left-wing county just outside the nation’s capital would be forbidden from holding in-person classes through at least October 1, citing the threat of COVID-19 (despite the county having lower daily increases in cases than the state as a whole).

“A person who knowingly and willfully violates this Order or any Local Order is guilty of a misdemeanor and on conviction is subject to imprisonment not exceeding one year or a fine not exceeding $5,000 or both,” Gayles’ order warned.

“I strongly disagree with Montgomery County’s decision to mandate the closure of private and parochial schools,” Hogan responded. “As long as these schools develop safe plans that follow CDC and state guidelines, they should be empowered to do what’s best for their community. This is a decision for schools and parents, not politicians.”

On Monday, Hogan followed up by issuing an amended emergency order, which states that local school systems retain the primary authority to decide whether to operate for themselves.

“The recovery plan for Maryland public schools stresses local flexibility within the parameters set by state officials,” the governor explained. “Over the last several weeks, school boards and superintendents made their own decisions about how and when to reopen public schools, after consultation with state and local health officials.”

“Private and parochial schools deserve the same opportunity and flexibility to make reopening decisions based on public health guidelines,” he continued. “The blanket closure mandate imposed by Montgomery County was overly broad and inconsistent with the powers intended to be delegated to the county health officer.”

Keeping schools closed is not among the COVID-19 prevention or containment measures advocated by the U.S. Centers for Disease Control (CDC).

Last week, CDC director Dr. Robert Redfield said the “cost to our nation in continuing to keep these schools closed is substantial,” especially the mental and emotional toll of prolonged social isolation. “We’re seeing, sadly, far greater suicides now than we are deaths from COVID,” he said. “We’re seeing far greater deaths from drug overdose that are above excess that we had as background than we are seeing the deaths from COVID.”

In May, a group of more than 500 doctors signed an open letter warning President Donald Trump of the “short, medium, and long-term harm to people’s health with a continued shutdown … The millions of casualties of a continued shutdown will be hiding in plain sight, but they will be called alcoholism, homelessness, suicide, heart attack, stroke, or kidney failure. In youths it will be called financial instability, unemployment, despair, drug addiction, unplanned pregnancies, poverty, and abuse.”

The Trump administration has forcefully advocated that public schools reopen this fall.

In California, the second-largest teachers’ union in the country said that defunding police and a moratorium on charter schools should be part of coronavirus re-opening plans. “This is a painful decision, but we have to keep health and safety first,” Los Angeles schools superintendent Austin Beutner said.