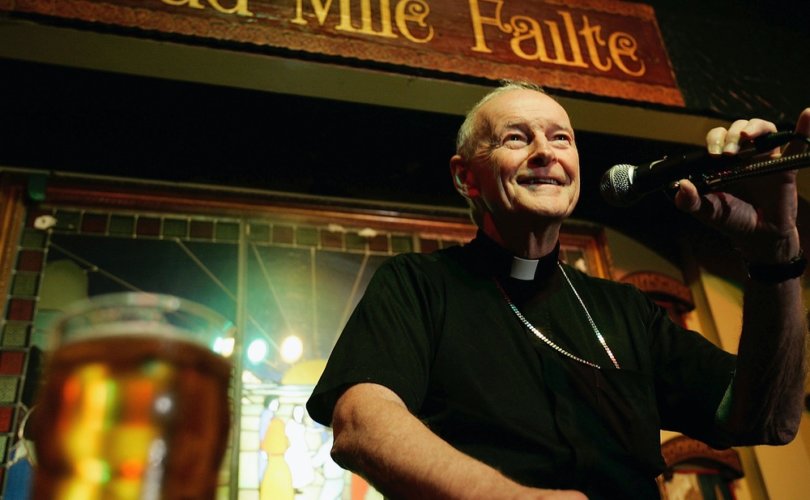 VICTORIA, Kansas, January 7, 2020 (LifeSiteNews) – Ex-Cardinal Theodore McCarrick, who has become the face of clerical sexual misconduct in America, has moved out of his Kansas refuge.

Catholic News Agency (CNA) reported today that former cardinal and defrocked priest McCarrick has left the Capuchin community in which he resided since the summer of 2018. CNA stated also that senior Church officials told them that McCarrick had recently moved to a “residential community of priests who have been removed from ministry.” CNA’s sources told the agency that the residence is “rather secluded and away from public attention.” Its location has not been disclosed to the public.

McCarrick is said to be paying for his own rent and board and that he voluntarily took up residence in his new home. The reason given for the disgraced ex-prelate’s move is the pressure his stay at the St. Fidelis Friary was putting on his Capuchin hosts. This was expected to intensify when the report of the Vatican’s investigation into how McCarrick was able to become a senior churchman―despite allegations concerning his sexual predation on boys and young men, including seminarians and priests―is released.

The friary is next to an elementary school.

One of McCarrick’s alleged victims told LifeSiteNews that this was the first he had heard of the move.

“This is news to me,” said James Grein via social media.

“It’s better for the friary going forward. Kinda gives me chills but also [hope] that the report will be coming very soon,” he continued.

Grein, who says that he was abused by then-Father McCarrick from the age of 11, came forward in July 2018 to tell his story to the New York Times, revealing only his first name. That November, James, now in his 60s, spoke at a rally outside the U.S. Conference of Catholic Bishops’ fall meeting in Baltimore, revealing his full name.

The Vatican sought Mr. Grein’s testimony, which was vital to the verdict as McCarrick sexually abused him during Confession — a particularly grave crime according to canon law. Grein says he gave his testimony on December 27, 2018.