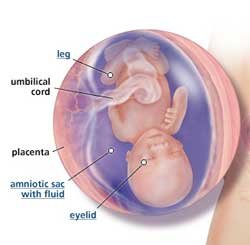 House Bill 1510 would make Mississippi the state with the most pro-life laws if it passes the Senate and the governor signs it.

Rep. Becky Currie, who represents the state’s 81st district, was the principal author of the bill, called the Gestational Age Act.

HB 1510 does not allow babies conceived in rape or incest to be aborted after 15 weeks.

“The rest of the civilized world understands the severe health risks entailed by late-term abortions that occur after the first trimester,” Dr. Jameson Taylor, acting president of the Mississippi Center for Public Policy, told LifeSiteNews. “This is a commonsense approach to protecting maternal health and protecting the life of the unborn.”

“HB 1510 is supported by faith-based and pro-life organizations across the state,” said Taylor. “Recent polling (January 2018) indicates the vast majority (76%) of voters support commonsense laws regarding abortion, with a limit after the first trimester being one of the preferred options.”

The bill notes that the hearts of pre-born babies can be measured around six or seven weeks.

“At twelve (12) weeks' gestation, an unborn human being can open and close his or her fingers, starts to make sucking motions, and senses stimulation from the world outside the womb,” the Gestational Age Act says. “Importantly, he or she has taken on ‘the human form in all relevant aspects,’” referencing the Supreme Court case Gonzales v. Carhart, which banned partial-birth abortion because it is too close to infanticide.

At 15 weeks, a pre-born baby is the size of a navel orange.

“The majority of abortion procedures performed after fifteen (15) weeks' gestation are dilation and evacuation procedures which involve the use of surgical instruments to crush and tear the unborn child apart before removing the pieces of the dead child from the womb,” the Act explains. “The Legislature finds that the intentional commitment of such acts for nontherapeutic or elective reasons is a barbaric practice, dangerous for the maternal patient, and demeaning to the medical profession.”

Father Terry Gensemer of Alabama-based CEC for Life told LifeSiteNews the bill passing the House is “really encouraging news” and shows the importance of appointing reasonable judges at every level of the courts. This “cannot be overlooked,” he said.

Gensemer praised the legislators in his neighboring state for their willingness “to say, ‘we want less abortions…we want to protect more children.’”

“The abortion lobby is saying, ‘no, we want to kill more children and we really wanna kill ’em until they’re born,’” he said.

“Our hopes are for a bill whose time has come,” Terri Herring, a Mississippi pro-life lobbyist since 1986, told LifeSiteNews. “There is a strong international standard that bans abortion after [the] first trimester. America is long over due for rethinking laws restricting abortion.  There is nothing healthy about abortion.”

“We have seen most of our laws eventually upheld in the courts,” said Herring.