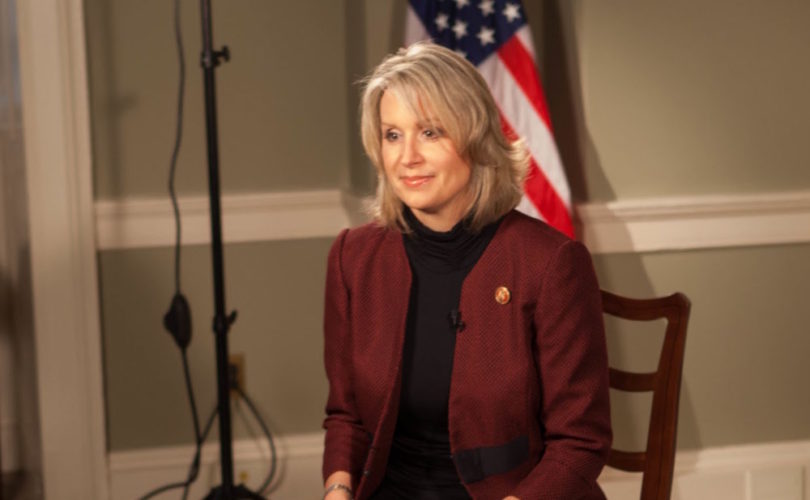 WASHINGTON, D.C., March 21, 2016 (LifeSiteNews) – She led a temporary uprising that tried to stop the House of Representatives from passing a law protecting unborn babies who can feel pain from being aborted. Now, the nation's largest pro-life political group has endorsed her leading primary challenger.

Rep. Renee Ellmers, R-NC, led Jackie Walorski and other Republican women in a procedural showdown to prevent her fellow Republicans from passing the Pain Capable Unborn Child Protection Act on the day of the 2015 March for Life.

Although she had voted for it in June 2013, Ellmers said she objected that the legislation required women to report their rape to the authorities before they could obtain a late-term abortion and hinted that political calculations were behind her sudden change of heart.

“The first vote we take, or the second vote, or the fifth vote, shouldn’t be on an issue where we know that Millennials—social issues just aren't as important [to them],” she said.

Ultimately, the bill passed the House – and both Ellmers and Walorski voted for it. But their stalling tactics soured her relationship with pro-life voters and advocates nationwide.

Many called her actions “unforgivable” and said Ellmers must lose her primary this year.

Now, thanks to a court decision that affected district boundaries, Ellmers is locked in a Republican primary against a fellow incumbent, Rep. George Holding.

Today, National Right to Life endorsed Congressman Holding and highlighted the 100 percent pro-life voting record he has earned since taking office in January 2013.

“There is no member of Congress in recent memory who has done greater harm to a major piece of pro-life legislation, while claiming to be pro-life, than Renee Ellmers,” NRTL wrote in a letter to Holding, announcing its endorsement.

“She even advocated amending the bill to allow consenting adults who chose to engage in incest (which is illegal in most states, including North Carolina) to continue to be allowed to abort unborn babies at will, in the sixth month and later,” three members of NRTL's national leadership team wrote.

In a letter choosing Holding over Ellmers, NRTL notes that Holding not only co-sponsored but “consistently supported the Pain-Capable Unborn Child Protection Act (H.R. 36).”

Ellmers, who has drifted to the Left since her election to a conservative district, is also at odds with voters in her district over the shape of immigration policy, among other issues. She faces a crowded primary field in her June 7 GOP primary.

“National Right to Life hopes that all voters in the 2nd District who are concerned with the right to life of unborn children will give great weight to your consistent pro-life record, and to the extraordinary public attacks launched by Congresswoman Ellmers against the 20-week abortion ban,” they wrote. “We encourage such voters to vote to return you to the House, so that you can continue to work to advance vital pro-life public policies.”