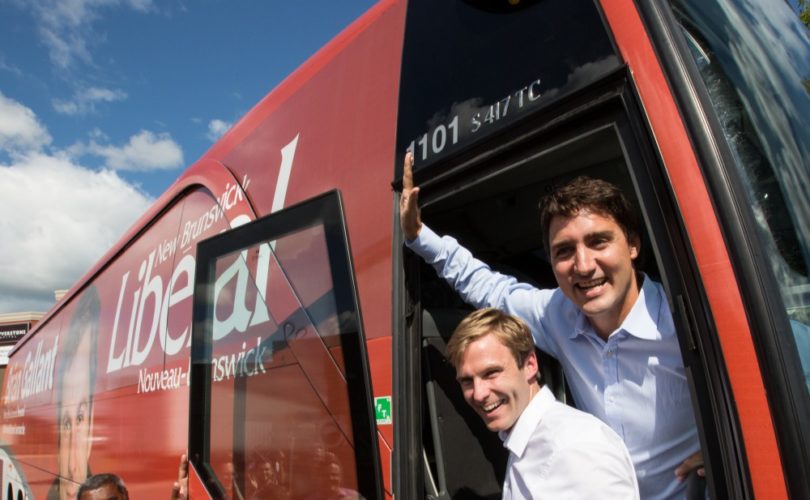 “Be it resolved that the Legislative Assembly urge the government to cause any changes to abortion services that it has adopted or intends to adopt to be the subject of a debate in the House, and to delay implementation of those changes until that debate has occurred,” reads the notice of motion introduced today by PC MLA Dorothy Shephard, and seconded by PC MLA Jody Carr.

The earliest opportunity the PCs have to call for the debate on the motion is Thursday.

Abortion took center stage in the Liberals election campaign in April in response to the announced closure of the province’s Morgentaler abortion facility. The party approved a resolution at the time calling for taxpayer-funded abortion in private facilities, reversing longstanding policy on the issue. In response, the reigning Conservatives at that time said they would maintain the status quo of funding so-called “medically necessary” abortions in hospitals.

Gallant announced at the end of November that the new regulations would “increase capacity” and “improve timeliness to access.”

The new measures include that:

“NB Right to Life welcomes the motion put forward today, and very much believes the momentous changes proposed should be debated by the Legislative Assembly,” he told LifeSiteNews.

“It is entirely right that a major policy change, as the government is proposing, be duly considered by the people’s representatives.”

Ryan said that the result of the changes would be “tax-funded abortion on demand,” something that he said is frowned upon by most in New Brunswick and that despite talking points by the pro-abortion lobby, it is not required under existing law.

Rev. David Edwards, Bishop of the Anglican Diocese of Fredericton, wrote a letter to Mr. Gallant this week, urging him to “reconsider your decision to repeal restrictions on abortion access.”

“The issue of abortion is much more than a matter of individual rights; it bears on our ability to recognize, respect, and honour our shared humanity wherever it is found. It is my view that societies and civilizations are better as they cultivate these abilities, and worse as they fail to do so,” he wrote.

Ryan said his pro-life association is inviting people to come and take part in a “Keep the Lights On Campaign for Life” next Thursday to “show solidarity with unborn children and their mothers who would be affected by the proposed changes.”

The campaign includes two candlelight vigils outside the Legislature, the first of which was held December 11, while the next is slated for December 18.

Abortion activists didn’t get what they want in New Brunswick