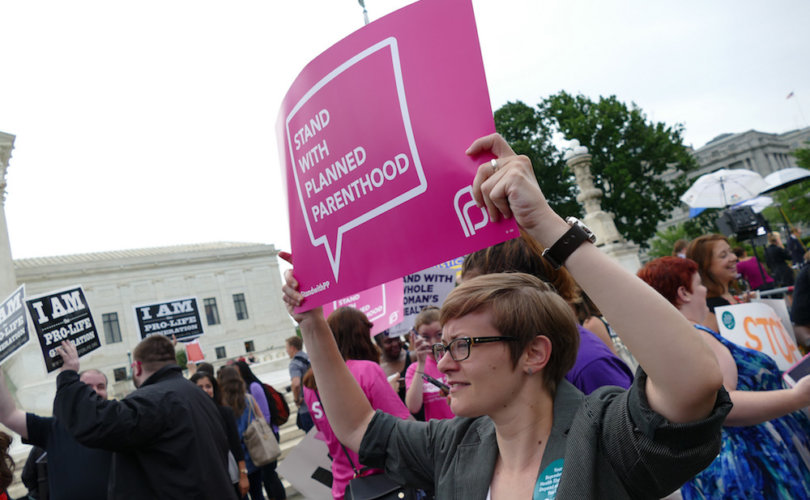 CONCORD, June 29, 2016 (LifeSiteNews) – The state of New Hampshire – and a prominent Republican running for governor – have reversed themselves, voting today to give more than half-a-million dollars in state funding to Planned Parenthood.

The Executive Council, an elected state board that oversees the executive branch, voted to give $549,000 in taxpayer dollars to Planned Parenthood of Northern New England (PPNE).

“Shame on the Council for funneling more taxpayer dollars to Planned Parenthood, and shame on Councilor and GOP gubernatorial candidate Chris Sununu for going back on his vote,” said Susan B. Anthony List President Marjorie Dannenfelser.

The decision to bring the issue before the council again smacked of politics, according to Republican Council member Joseph Kenney, who voted against the funding both years. “I didn’t think we were going to be revisiting this issue, because I thought we’d made our decision last year,” he said.

The difference in outcome hinged on one vote: Christopher Sununu, who is seeking the GOP nod for governor.

“This is not about pro-choice or pro-life. I am pro-choice,” he said.

Chris Sununu, the son of former New Hampshire governor and White House Chief of Staff John Sununu, said his vote was based on conviction, not politics.

“I stand by my principle that this state should not conduct business with groups under any investigation or that are embroiled in serious controversy,” he said in a statement. But since state abortion providers have been found guilty of no formal wrongdoing, “they should be treated like any other organization.”

But Dannenfelser said that time and evidence have only deepened Planned Parenthood's culpability – and that of politicians who vote to fund them.

“Chris Sununu watched the shocking videos of Planned Parenthood employees discussing the harvesting of babies’ hearts, kidneys, brains, and livers for money, and rightly voted to withhold funding a year ago. The only thing that’s changed since then is mounting evidence uncovered by the U.S. House’s ongoing Select Investigative Panel on Infant Lives showing Planned Parenthood’s collusion with organ buyers and illegal profits,” Dannenfelser said this afternoon. “Far from being cleared of any wrongdoing, the evidence is mounting against Planned Parenthood.”

“Taxpayers should have no part in supporting a brutal industry that puts a price tag on mothers and their children,” she concluded.

A rival Republican candidate, Ted Gastas, the mayor of Manchester, said that by voting to fund the scandal-plagued organization, which is the nation's largest abortion provider, Sununu “betrayed New Hampshire taxpayers and has also turned his back on conservative grassroots activists.”

Mayor Gastas is one of four other GOP hopefuls seeking the nomination in hopes of replacing pro-abortion Democrat Maggie Hassan, who is running for U.S. Senate.

The primary will be held September 13.