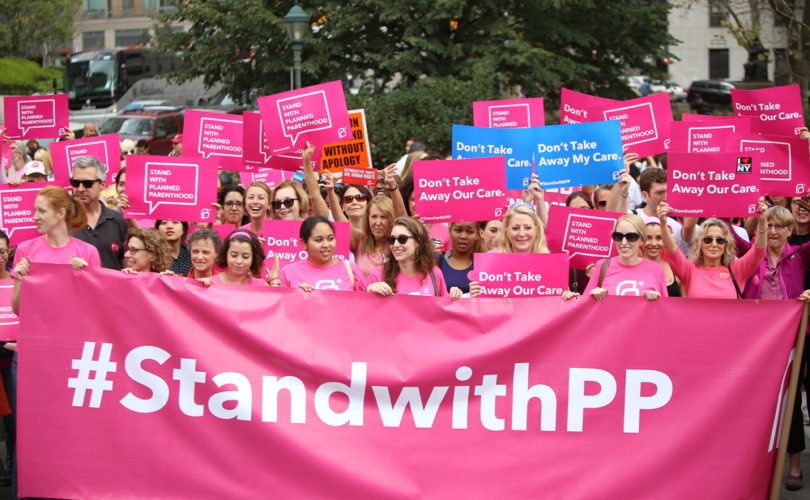 WASHINGTON, D.C., December 14, 2015 (LifeSiteNews) – A polling firm announced on Monday that it had discovered the three things that turn the average American “negative” on Planned Parenthood.

The firm also found that one-in-five Americans would like to see the undercover Planned Parenthood videos released by the Center for Medical Progress (CMP) but have not.

The best strategy to discredit Planned Parenthood could be summed up in one step: Tell the truth.

“When we communicate three basic truths about Planned Parenthood,” Conway reported in a memo furnished to LifeSiteNews, “support for the organizations and their taxpayer funding tumbles.”

“After answering a series of questions on the baby body parts expose and hearing that Planned Parenthood is the nation’s largest abortion provider, receives a half billion dollars from the government each year, spends millions of dollars in partisan political activities and was recently exposed on video as bartering the cost of baby body parts and fetal tissue, a 54 percent-majority say they are 'mostly negative' toward Planned Parenthood,” she wrote.

More than two-thirds (68 percent) of Americans supported continuing to investigate the videos' allegations – 76 percent of self-identified Republicans, 72 percent of independents, and a surprisingly high 64 percent of Democrats.

Conway expects the issue to continue to dominate headlines, as the House Select Investigative Panel on Infant Lives holds public hearings delving into the grisly allegations. The six Democrats appointed by Minority Leader Nancy Pelosi, who have received more than $305,000 in campaign donations from Planned Parenthood, are expected to push back against CMP itself.

Despite the gravity of the allegations, just over one-in-four Americans (28 percent) say they have seen CMP's covert Planned Parenthood video footage. A plurality of those who have not viewed the CMP series say they are not interested in abortion, an one-third of women say they are “afraid” to watch. Only 10 percent dismiss the footage as inauthentic.

The finding complements a second poll released on December 2 by the Robert Morris University Polling Institute, which found that a majority of Americans support the Republican Congressional proposal to defund Planned Parenthood.

In all, 53.3 percent said taxpayer money should be redirected to community health centers that do not perform abortions, while only 31.5 percent object. Democrats split almost evenly, with 42.7 percent supporting the idea.

Both conflict with a new USA Today/Suffold University poll that asked simply, “Should federal funding for Planned Parenthood be eliminated?”

Conway said if Republicans hope to win the battle over providing the nation's largest abortion provider with more than $500 million a year, they must repeat the targeted, three-part message that resonated with those who took her poll.

“Attempts to expose more Americans to these horrific practices should be redoubled,” she wrote, “while preparing to defend the predictable and specious attacks and deflections by this well-funded industry suffering its worst PR crisis in years.”