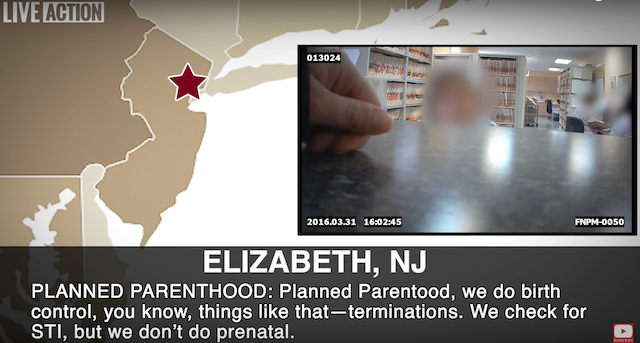 January 24, 2017 (LifeSiteNews) – A new Live Action investigation debunks Planned Parenthood's oft-repeated claim that it provides prenatal care to pregnant women. Undercover videos and phone calls show that Planned Parenthood regularly turns away pregnant women seeking options other than abortion, which is the focus of their business.

This investigation, titled “The Prenatal Care Deception” is part one in a series of investigative videos called “Abortion Corporation.” They show Planned Parenthood’s own employees saying its focus is providing abortions, not women’s health care.

“Planned Parenthood says it’s a champion of women’s health care, yet prenatal care, which is an essential service for expectant mothers, is virtually nonexistent,” said Lila Rose, President and Founder of Live Action. Live Action is investing $500,000 in a digital ad campaign to promote its “Abortion Corporation” videos to the public.

The tote bags list prenatal care as one of the services offered at Planned Parenthood. Its creator has already had to correct its bags after falsely claiming Planned Parenthood provides mammograms, which it does not.

The on-hold message callers to the Virginia Beach, Virginia Planned Parenthood hear the organization can “take care of all your reproductive health needs” such as “prenatal care.” But the Virginia Beach employee with whom Live Action then spoke said it doesn't provide prenatal care, and that neither its Hampton nor Richmond offices do, either.

“I would look around on the Internet,” a Council Bluffs, Iowa Planned Parenthood employee told a Live Action investigator seeking a referral for prenatal care.

“We don't see pregnant women as a way of giving prenatal care,” a Sante Fe, New Mexico Planned Parenthood worker says in the video. “We see pregnant women, um, you know, if they are considering other options.” The Sante Fe employees then told Live Action that they offer medication abortions.

“Our investigators who wanted to keep their babies were turned away by 92 out of 97 Planned Parenthood centers,” said Rose. “It’s clear that despite its claims, abortion is the priority and the only option for pregnant women that visit Planned Parenthood.”

Rose said she anticipates “Planned Parenthood will respond as it usually does by denying the overwhelming findings of this investigation.”